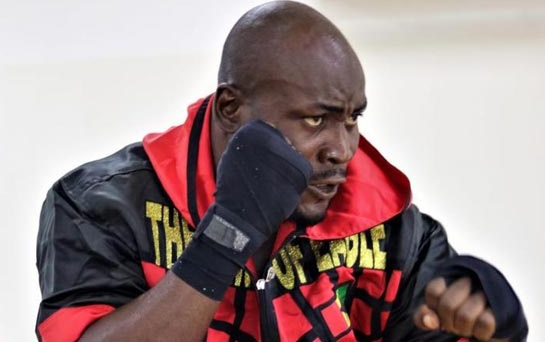 Richard Harrison Lartey and the Ghana Boxing Authority (GBA) are at odds once again.

Last April, the GBA slapped the Ghanaian heavyweight with a five-year ban from fighting in Ghana for allegedly forging a GBA release letter that enabled him to fight in Germany.

As it turns out, Lartey had some more tricks up his sleeve.

According to the GBA, Lartey circumvented their sanction by using a Tanzanian professional boxing license to fight Abdulkerim Edilov in Russia on Wednesday, November 3.

Lartey (14-5, 11 KOs) earned $30,000 for his first-round KO loss to Edilov in an embarrassing display where Lartey seemingly went down from a gust of wind as much as he did a punch.

Now he’s been knocked out again, this time by the GBA, who have banned him from accessing all GBA-affiliated gyms and any activities commissioned by them.