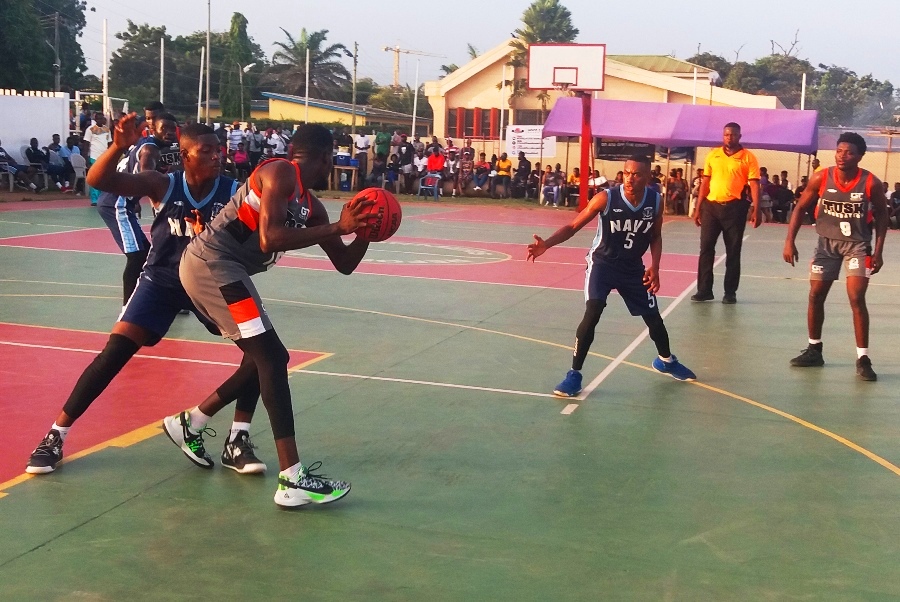 TUSK Foundation has emerged as winners of the 2021 Accra Basketball League (ABL) Men’s Division II title by recording an 81-80 win in double overtime over Ghana Navy.

In the way three way battle for the Division’s title, TUSK reigned supreme with a 56-50 win over Tudu Galaxy prior to today’s game.

The game took place at the Prisons Court in Cantonments earlier today and had fans at the edge of their seats anxious to see the team that emerged from the exciting game that had its fair share of turnovers.

A turnover in possession proved to be the final act in the game as Navy Guard Ashietey Ollenu’s failed handle prevented Navy from having the game’s final shot.

Aside turnovers, the matchup had some controversial moments especially from Navy’s perspective as the team showed several times of dismay at refereeing decisions as Navy trailed 12-20 at the end of the first quarter.

Wornyo converted two three pointers early in the third quarter and scored two jump shots. Tusk got points through the first half of the third quarter from the free throw line as Horlali scored seven points and Benjamin Ashitei converted one of two attempts.

Ashitei drove hard to the basket and delivered a two handed slam in a highlight play. Richard Donor drained a three pointer with his team struggling to score points.

Koomson scored three points with one coming from the charity stripe. Donor tied the game at 62 with a corner three pointer. Navy turned the ball over with five seconds left in the game but Horlali’s buzzer beater rimmed out to end the game and send it to overtime.

The teams traded baskets and Donor gave Navy a 74-72 lead with a three pointer with 32 seconds remaining. Ashitei missed the chance to put Tusk up 74-74 after missing a free throw and missing the chance to complete a three point play.

Ollenu missed a deep shot to send the game to double overtime; Lantey Tawiah scored after coming off the bench late in the game.

Both teams scored a couple of points and TUSK sealed the close win by winding down the clock after gaining possession with seven seconds left on the clock.