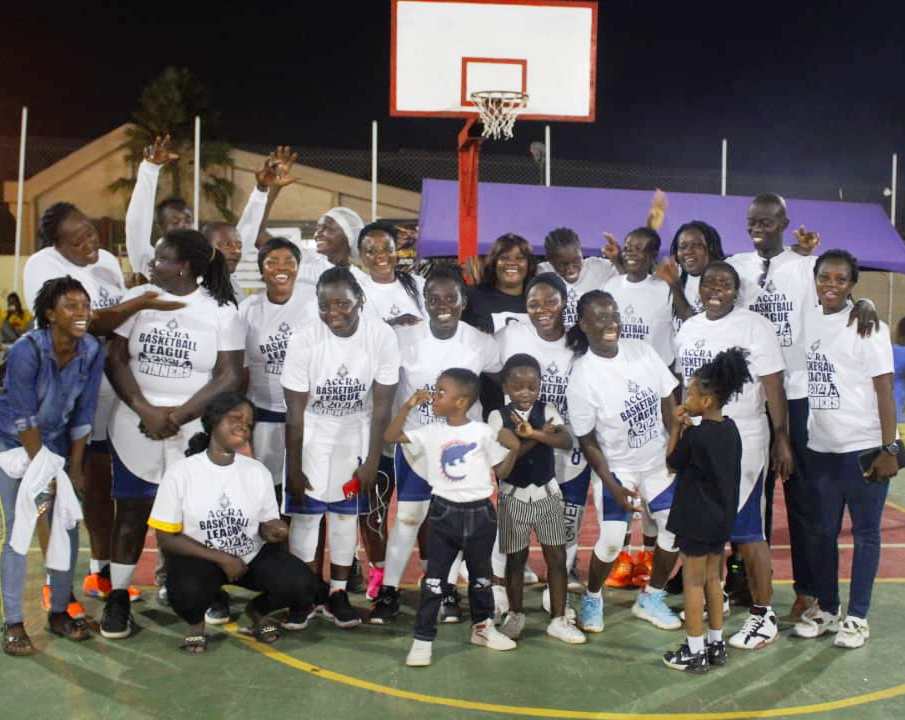 Police beat Reformers of Prisons 52-30 earlier today in Game 3 of the Playoff Final that had either team record a win in the pair of games that preceded Game 3.

Despite losing 56-68 in Game One, Police showed a lot of heart to tie the series and complete the comeback in front of a partisan crowd at the Prisons Court in Cantonments.

Ghana Police was presented with the Matthias Ocloo Trophy after the game; Reformers missed out on a historic double with its Men’s Team clinching the Benjamin Baafi title. (Click highlighted text to read story)

Police went on an 8-0 run to begin the game; Balkisu Sadat and Georgina Ntow scored during this run. Prisons got its first points of the game at 6:22 minute mark through a jump shot from Christabel Edem.

Dadzie scored for Prisons after battling hard inside the paint for the offensive rebound. Police’s zonal marking worked to perfection as Prisons consistently missed shots from deep. Thelma Ahmoah scored a three pointer and Prisons found its rhythm halfway through the second quarter.

Prisons close the deficit to two points (21-23) to commence the second half. Balkisu buried a jumper and Ntow completed a three point play in response to give Police a 32-21 lead midway through the third quarter. Police got two more points to end the quarter leading 34-23.

Police moved the ball and got points off brilliant cuts to the basket from Mohammed and Ntow. Belinda Acquah scored for Prisons with her team trailing 25-40 after 4:59 minutes played. Ntow fouled out with 4:29 minutes remaining.

Missing one of its key scoring threats, Balkisu went on to score six straight points on drives to the basket to give Police a 48-27 lead with 2:38 minutes remaining.

Mohammed drained a jumper to put Police in the 50 point column. With a big lead established, Police cleared its bench to replace all starters bar Mohammed going to clinch the 22 point win.