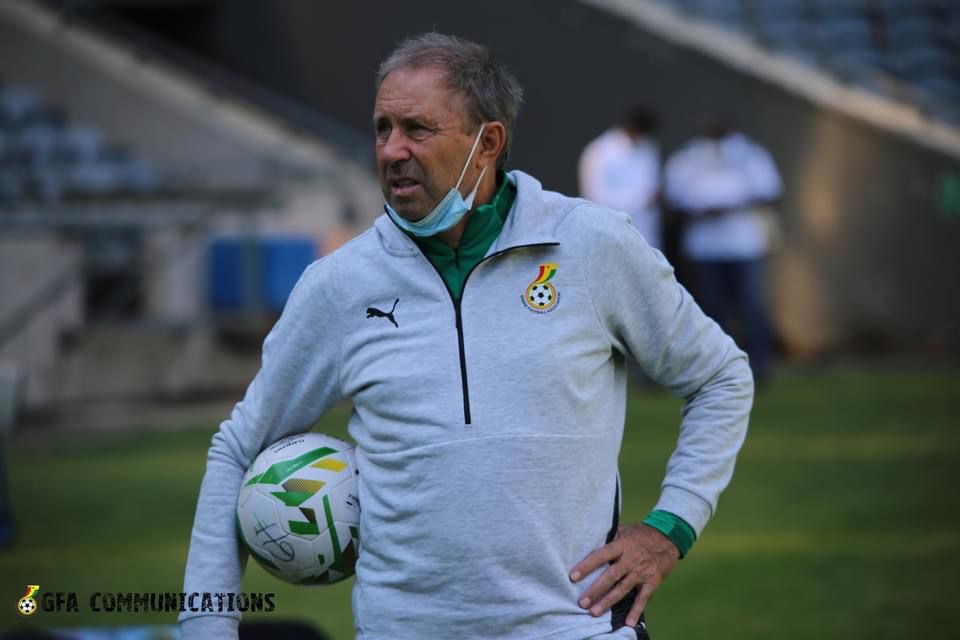 Ghana coach, Milovan Rajevac, has called for improvement from his players after booking a place in the playoffs of the 2022 World Cup qualifiers.

After a shaky start of the qualifiers, the Black Stars recorded a hard-fought win over South Africa at the Cape Coast Stadium in the matchday 6 games of the final round of qualifiers.

With the playoffs scheduled for March 2022, the Serbian has called on his players to improve.

According to Rajevac, the competition would get tougher at the next stage hence the need to ensure that, all errors and weaknesses in the team were corrected before they take on their next opponents.

He, however, commended the playing body for working hard to secure the much-needed victory for the team.

“We expected the tough nature of the game and we prepared for it and ensured we delivered.

“We created a lot of chances and could have scored more in the game, but the most important thing is that we have won and we would plan to improve more,” he added.

The Black Stars would wait for the next phase of the qualifiers for the 2022 FIFA World Cup.