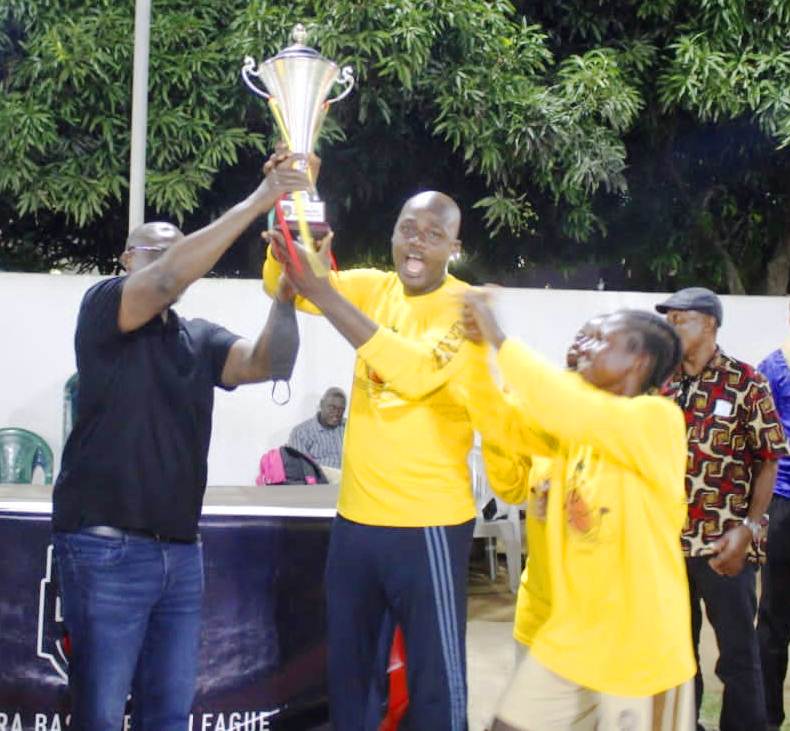 Reformers of Prisons Men’s Basketball Team Captain Benjamin Abankwah has indicated his team’s historic title winning in the 2021 Accra Basketball League (ABL) Men’s Division I was down to the work the team put in for the season beyond having a partisan crowd cheer them on throughout the season.

He said this in an interview with Basketballghana.com after Prisons beat Braves of Customs 61-55 in Game 2 of the Playoff Finals to sweep the series and win the Benjamin Baafi Trophy for the first ever in the team’s history.

“I am short of words I am very happy and I thank my guys for a wonderful work done and especially the fans we can’t do without the fans…the fans do 60% of the job to motivate the players on the court but technically we worked for it (the title), we toiled for it, we trained for it” he said.

Reformers beat perennial league champions Braves 76-58 in Game One to setup the title win; Prisons played 11 games in the shortened season and lost none.