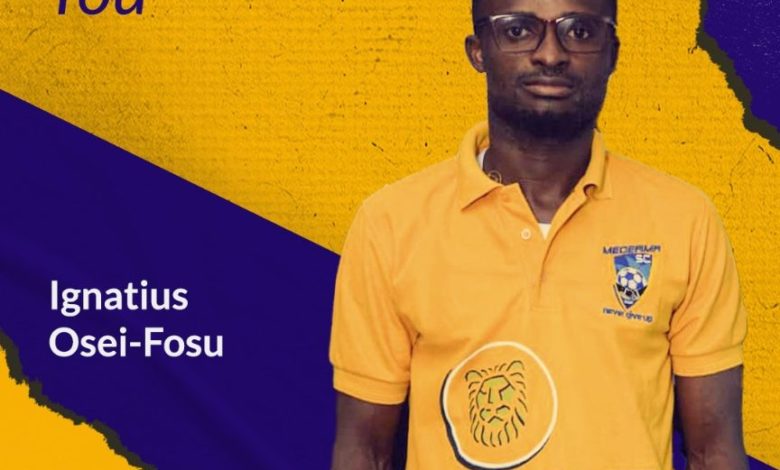 The Mauve and Yellow have accumulated two points out of a possible nine points in the ongoing Ghana Premier League.

“We would like to announce that the club has mutually parted with ways with senior team first coach Ignatius  Osei-Fosu,” a club statement read.

“Osei- Fosu has been in charge of the club after replacing Yaw Preko in August.

“However, the club has decided to mutually part ways with the gaffer after three matches in charge.

“We would like to thank Ignatius for his services to our club and wish him well in his future endeavour,” the club statement added.

Ignatius Ose-Fosu joined Medeama SC at the start of the this season amidst huge expectations after helping Eleven Wonders avoid relegation last season.

The former Liberty Professionals trainer made his Medeama SC bow in a 4-0 defeat away at Bechem United before drawing 1-1 at home to Gold Stars a week later.

He becomes the second coach to be sacked just three matches into the season after AshGold parted ways with Ernest Thompson on Monday.