Kurt must protect integrity of the game - Nana Brew-Butler 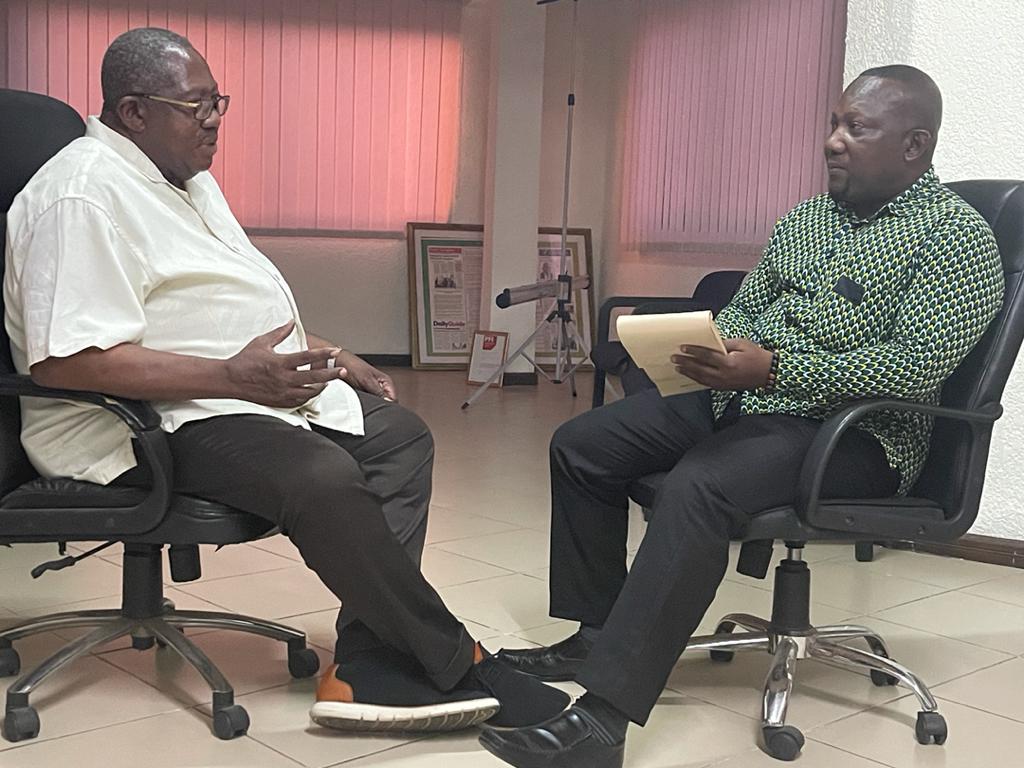 GHANA Football Association (GFA) former boss, Nana Sam Brew-Butler, is optimistic about the future of the nation’s football, but thinks the leadership must demonstrate a stronger sense of focus and direction.

The astute businessman and entrepreneur – arguably, one of the finest football administrators the nation has ever produced, was the capo of the GFA from 1993 to 1997.

In an exclusive interview with the Times Sports at the weekend, Mr Brew-Butler, who is the Founder and Chairman of CenPower Generation Company Limited, talked about what ‘stole’ him out of full-time football, his time as FA president, the domestic game, the Black Stars, his cherished club ‘Mysterious’ Ebusua Dwarfs and the way-forward for Ghana football.
CenPower Generation contributes between 10 to 12 per cent of the total generation of power in the country.

Anyway, do you remember that profoundly momentous statement Nana Brew-Butler made in 1994: “A moment of patience to build a strong, winsome Black Stars will spare us hundred years of sorrow?”
Well, below are excerpts of the interview:

Times Sports (TS): You no longer devote a lot of attention to football as previously. What has taken you off the game?

Nana Brew-Butler (NBB): As you may have been aware, I’m deeply involved in infrastructural development and power generation projects in the energy sector. And, having noticed that football was taking about 70 per cent of my time, I decided to dash for the backseat to allow others to take charge, whilst I offer expert advice, if need be. Don’t forget the energy sector is a multi-billion dollar endeavour and you cannot take anything for granted.

TS: How would you assess Ghana football at present?

NBB: Domestic football took a slump for a while and started picking up. I only hope things would be done right so we can see a lot more improvement. The leagues need sponsorships, but no serious corporate body will invest in the game when its patronage continues to take a slump. That’s why we need to do things professionally to elicit enough commercial backing for our game.

TS: During your tenure as GFA President, we had a strong youth development policy in place that produced an embarrassing array of talents that stunned world football. How was that achieved?

NBB: You’re dead right. During my time, Ghana was voted by FIFA as best in juvenile football, especially after conquering the world at the Ecuador ’95 Under-17 World Cup tournament, drubbing Brazil 3-2 in a blistering final. In 1993, the Satellites (Under-20 national team) won the African Youth Championship in Mauritius and proceeded to Australia where they finished second, losing to Brazil at the world stage. In 1997, the Starlets again went all the way to the final of the FIFA U-17 World Cup hosted by Egypt, but lost 2-1 to Brazil.

Now, my exposure to Ebusua Dwarfs in the 1960s when I was a youngster thought me the importance of investing in youth football as Dwarfs focused on nurturing young students who took the club to the pinnacle, playing some tantalizing football. The youth team of Dwarfs was called the Gardens; the name clearly suggesting where our talents were groomed. Indeed, an educated footballer is always a value-added one. Importantly, though, let me add that there was a youth system in place before I took over in 1993 and it was just natural that I make sure there was continuity.

It was against this backdrop that I called for ‘a moment of patience to build a strong, winsome Black Stars to spare us hundred years of sorrow’, after Ghana’s tear-jerking Nations Cup performance in Tunisia where we were knocked out in the quarter-final stage. Evidently, I was advocating for a revolution; wanted the team to be disbanded and rebuilt with youthful players. Once you have solid foundation, you are guaranteed a secured future. Subsequently, the new Black Stars team that was formed had the likes of Stephen Appiah, Christian Sabah, Richard Ackon, Joe Ansah, Patrick Allotey, Awudu Issaka, Daniel Addo and Emmanuel Bentil to mention but a few. I was, therefore, thrilled to see Stephen Appiah lead Ghana to its first World Cup in Germany, 2006.

TS: Your club Ebusua Dwarfs played some of the finest brand of football in the just-past season, but could not survive the drop. What would you attribute to the slump?

NBB: Without mincing words, that harsh decision by the GFA Disciplinary Committee to deduct the club three points after the referee abandoned the match, viciously militated against our survival bid. We would have finished at the 10th position – and dart out of danger, if we had not been unfairly duck three points. It was pure injustice! Referee Alpha Adey had no business calling off that game against Legon Cities at half time, claiming his life was under threat with several security officers present. It was a sad day for Ghana football. Of course, as a club, we reckon we made a few mistakes on the way and we have learnt our lessons. Having said that, we have put in place a lot of measures to ensure the club make a swift return to elite football.

TS: What’s your appraisal of the Kurt Okraku administration?

NBB: Clearly, he is eager to make a mark; he wants to leave a legacy – and has a good management team to support his vision. But there are other areas he must work on more efficiently with regard to officiating, staff quality and more. Most importantly, Kurt needs to be firm, resolute, focused and independent-minded in decisions that have got to do with the integrity of the game. Indeed, he needs to protect the sanctity of the game.

TS: Have you been following the alleged match-fixing scandal between AshantiGold SC and Inter Allies that is presently being heard at the FA?

NBB: Very! I’m particularly stunned about the leisurely pace of the case. Indeed, if you consider the swiftness with which the Disciplinary Committee dealt with the Dwarfs’ case, you would wonder why a scandalous matter like match-fixing that occurred as far back as July, has still not been dealt with. In many jurisdictions, the case would have been cleared way ahead of the league that kick-started on October 29. It gives many the impression that the FA is inconsistent and does not respect its own rules. We (Dwarfs) planned taking the FA to task on the issue because we are unhappy with the way the matter is being handled. However, upon a second thought, I said no. Like many Ghanaians and the world at large, we wait to see what happens – and then act when necessary; but of course within the confines of the FA’s rules and regulations.

TS: Aside your achievements in the youth game, what would say is your major legacy?

NBB: Doubtless, one of them is about bringing stability to the GFA pecking order. I was initially appointed as GFA Chairman in 1993 by the Ministry of Youth and Sports. I was then the chairman of the now defunct Organisation of Ghana League Clubs Association (OGLA) – now Ghana League Clubs Association of Ghana (GHALCA). But after 18 months in charge, I pushed for democratization of the process – with FIFA too wanting the game to be devoid of politics. Many thought I was taking a big risk and could be ousted during the elections. As a matter of fact, I did not care to lose – so far as there would be stability at the FA chairmanship position, and will not be controlled by the sports ministry. Today, I’m proud to say that I initiated the move and political appointment is now a thing of the past.

NBB: I stated in previous interviews last week that the Black Stars were going to knock off South Africa and qualify for the play-off stage of the Qatar 2022 World Cup. Now, I wish to state emphatically here again that Andre Dede Ayew and his mates will make the final cut, irrespective of the opposition they are going to meet in that March 2022 decider. Having said that, they (Stars) would have to work their fingers to the bone, because qualification will not come on a silver platter.

TS: Any final message to Ghanaians?

NBB: They must continue supporting Ghana football, and I also pray that things would be done properly at the top in order to bring back the love for the game.