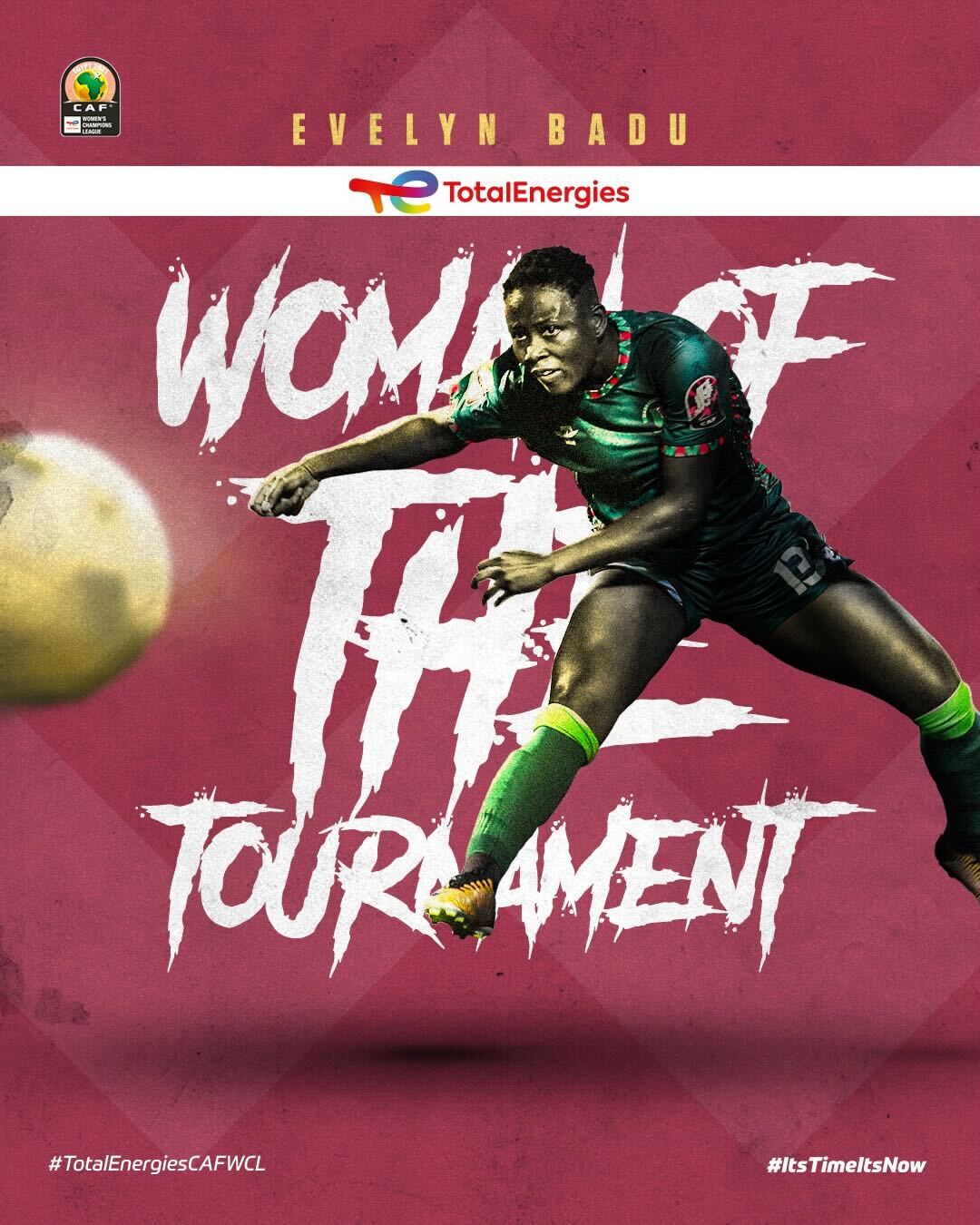 The striker netted five goals to win the golden boot and to be crown the queen of the competition, after leading the Ghanaian side to the final of the maiden edition of the CAF Women’s Champions League.

Badu was the star of the tourney, netting twice against Malabo Kings and another brace against AS Mande.

Her winner against AS FAR sent Hasaacas Ladies to the final of the competition which was eventual won by South African side Mamelodi Sundowns.

“Unforgettable memories. Thank you Ghana, Hasaacas Ladies, CAF Women and everyone who has been part of my journey. I sincerely appreciate the support,” wrote the striker on Twitter.

Goals from Chuene Morifi and Andisiwe Mgcoyi at either side of half time was enough as Sundowns were crowned champions.