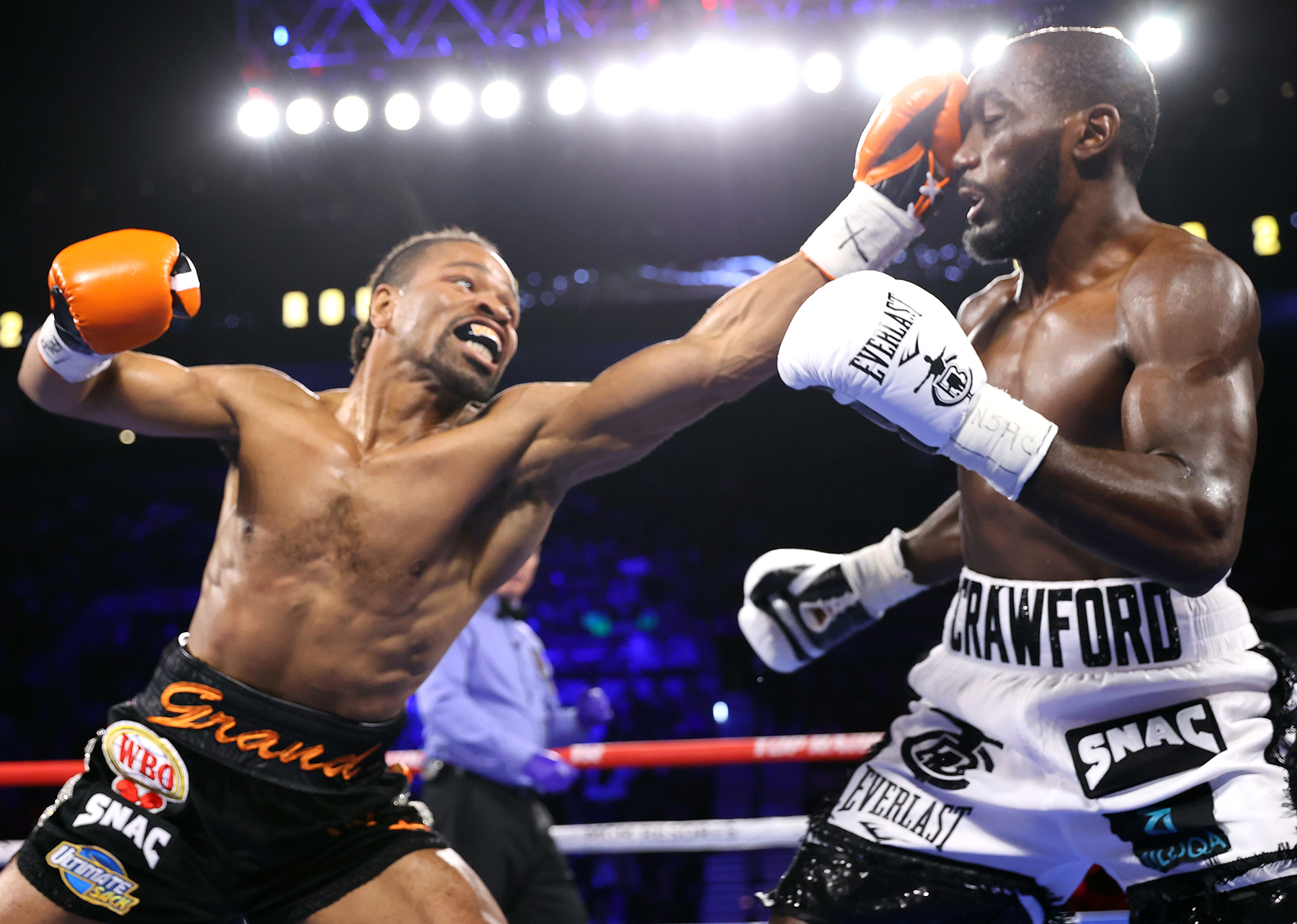 Shawn Porter was stopped for the first time in his career on Saturday, a 10th-round TKO vs. Terence Crawford on ESPN+ PPV, and now he’s stepping away from boxing for good.

Porter, 34, fought Crawford on even terms until he was floored twice in Round 10, summoning father/trainer Kenny Porter to throw in the towel. And surely, there’s no shame in losing to “Bud” Crawford. He entered the fight ranked No. 2 pound-for-pound by ESPN, right behind Canelo Alvarez.

But really, there’s nothing left for Porter to prove. He earned $4 million guaranteed, per sources, and has now earned tens of millions of dollars in a career that has featured two title reigns at 147 pounds, two PPV headline bouts and plenty of highs. Porter also has a blossoming broadcasting career, with gigs on NBC, Fox and Triller.

“I was prepared to announce my retirement tonight, win, lose or draw,” said Porter (31-4-1, 17 KOs). “Even if it was a draw … I was not going to do it again. I’m announcing my retirement right now.

“After you’ve fought everybody at the top, what more could I do? I’m not going to be a gatekeeper; that’s not the life I want to live. I never wanted to lead the life of a fighter who fought into his 40s.”

Porter, a Las Vegas resident, said he first contemplated retirement while working the broadcast of the third fight between Tyson Fury and Deontay Wilder last month. Porter observed as someone approached Andre Ward, who was also working the broadcast, and asked if he would fight Canelo.

Ward responded, “Why can’t I have just one more [fight] left in me?” He retired at 33 after a TKO win over Sergey Kovalev that cemented his status as the pound-for-pound best in the sport.

Porter said that’s when it hit him: One. More. Fight.

“One of the guys I admire in this sport is Andre Ward. … I kind of hang on to every word that Dre says,” said Porter, who entered the bout ranked No. 4 by ESPN at welterweight. “I really admire him and everything he’s been through in this sport.

“The way that this sport has gone, you guys expect us to fight for 15-20 years,” Porter added. “It’s said, ‘We hope he leaves this game with his health,’ but you never really know. I’ve been fortunate to be in some really big fights against some really good guys and always have my health at the end of the night.”

Porter exits the sport with wins over Danny Garcia and Yordenis Ugas, both of whom are in ESPN’s top 10 at 147 pounds, but he also had close-decision losses to Keith Thurman, Errol Spence Jr. and Kell Brook.

And now he has a fourth loss, a TKO against Crawford, that will end his career.

“I knew that Errol Spence Jr. was going to be my last fight, I knew that in 2017 when he won his championship fight,” Porter said. “But after we fought, I felt that there was something else, and that something else was Terence Crawford. … I’ve given this sport a great deal.”