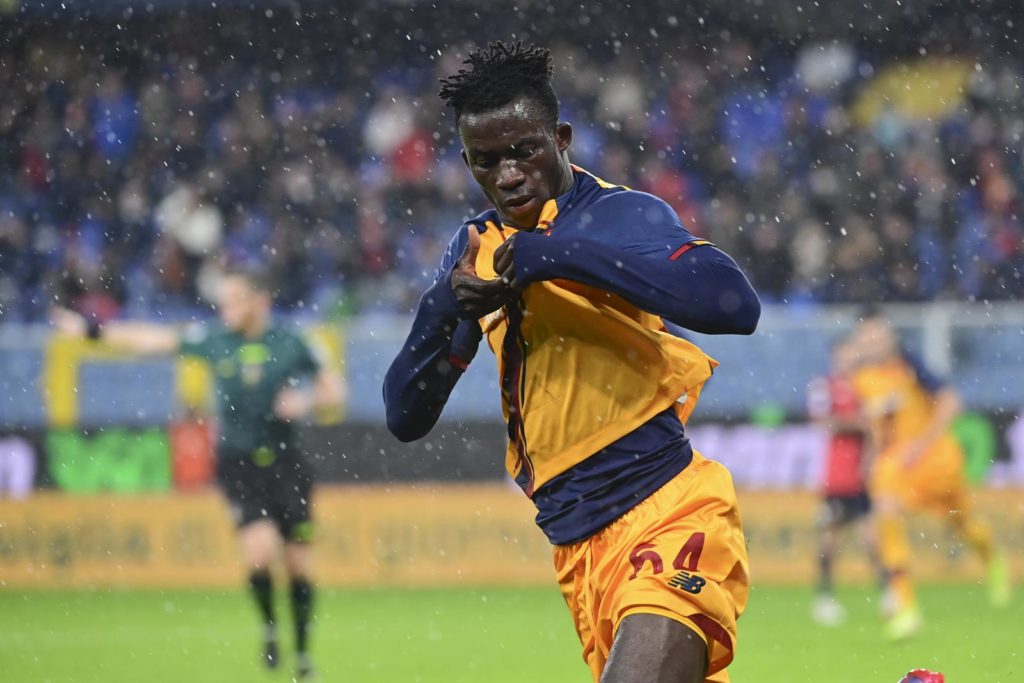 Teenage sensation Felix Afena-Gyan climbed off the bench to score his first Serie A goals- a brace and helped AS Roma to dispatch Genoa 2-0 on the road on Sunday, 21 November 2021.

The 18-year-old replaced Eldor Shomurodov in the 75th minute and drilled in his opener after 82 minutes.

Gyan struck another massive goal in added on time to end AS Roma’s three-match winless run.

Henrik Mkhitaryan produced a mazy run past the Genoa defenders before splitting the ball to the right side for Gyan, with his electric speed, to drill home on the turf.

Gyan announced his presence again with a classy strike in injury time to make it 2-0 for the capital club.

He smashed in a curler from outside the box into the far top corner.

The former EurAfrica Academy player was making only his third Serie A appearance.