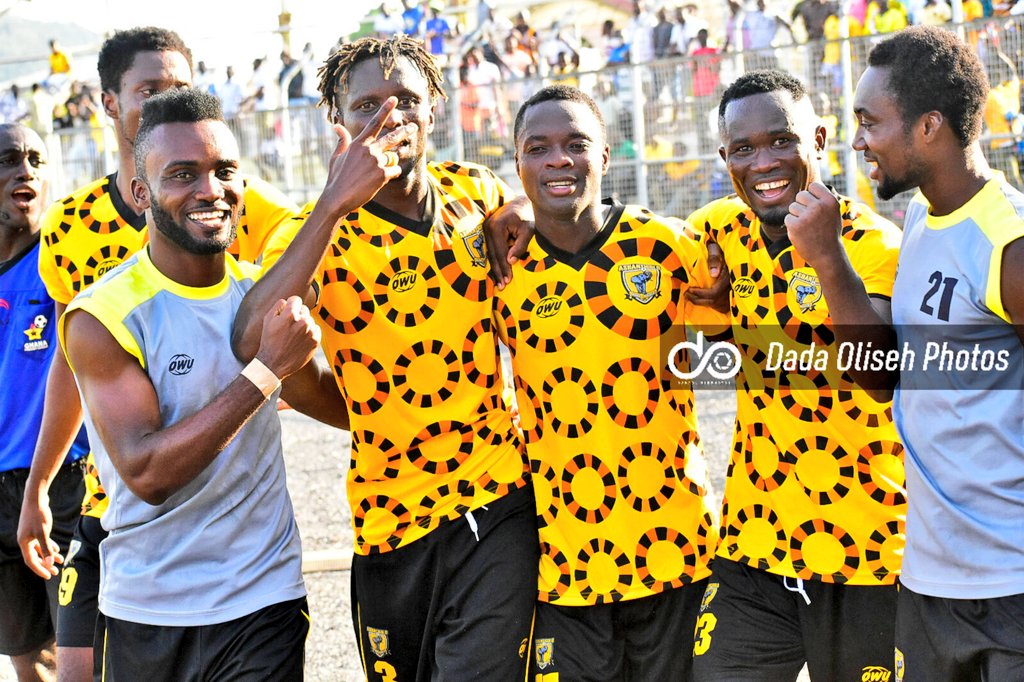 Ghana Premier League champions, Accra Hearts of Oak’s winless run continued after falling to a resounding 2-0 defeat against AshantiGold SC on match day 4 at the Len Clay Stadium in Obuasi.

The ‘Phobians’ started on a very good note attacking with so much purpose after Ibrahim Salifu made a dazzling display to race above his marker and fouled in the box in the process. Referee waved play on.

The home team also broke with their first goal attempt, constant efforts from the Hearts to stop them proved futile but their final execution flew high for a restart.

Patrick Razak missed the best chance of the game on the 16th minute after going round the host goalie nicely but his effort was denied by the goalpost. What a miss it was.

AshantiGold suffered a massive blow on the 20th minute after their goalkeeper Kofi Mensah suffered second injury in the game. His place was taken by second-choice Dennis Votere.

Hearts of Oak with yet another goal opportunity but Agyenim Boateng had his effort stopped by Votere to a wasted corner kick. It finished barren at half time.

Back from recess, the Rainbow club again were the first to attack after their player was brought down in the- another penalty appeal on that occasion but was again ignored by Latif Adaari.

Finally the deadlock of the game has been broken as Yaw Annor scores with a solo finish to hand AshantiGold SC the lead after 51 minutes.

Nothing seem to be working for the ‘Phobians’ who at point unable to penetrate their way through the Ashgold defence.

AshantiGold SC sealed their victory in the dying embers of the game through youngster and substitute Abdul Salam.