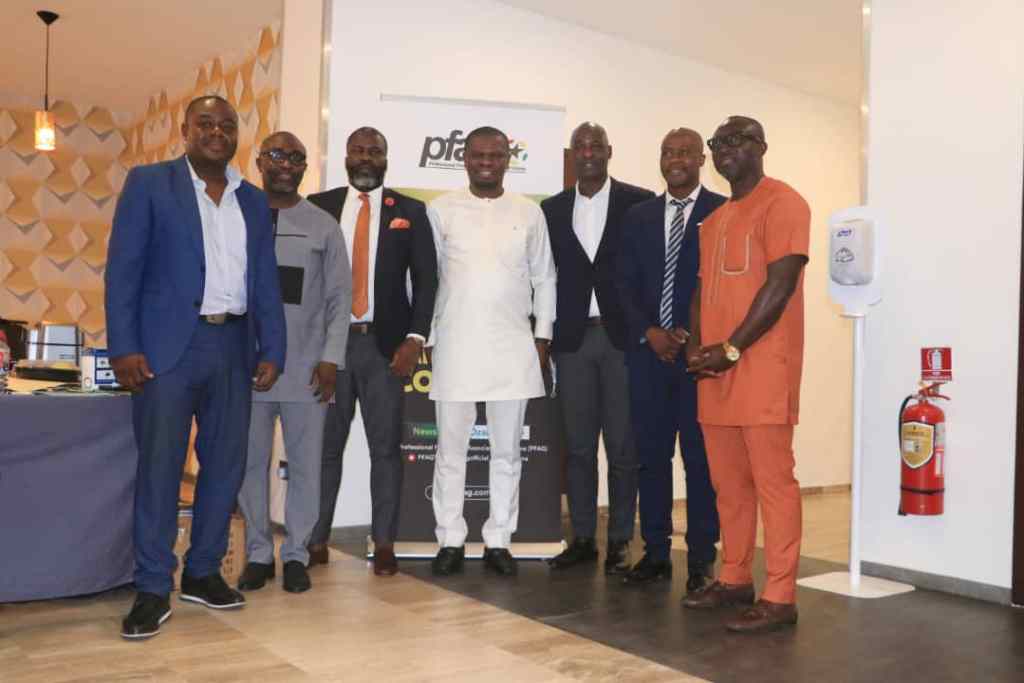 Ex Ghanaian International Samuel Osei Kuffour has been elected as the new President of the Professional Footballers Association of Ghana (PFAG) ,the umbrella body of players in Ghana and Ghanaian footballers abroad. His election was at the Annual Congress of the body held at the Accra City Hotel, attended by representatives and captains of the Male and Female teams in Ghana. His election was overwhelming as all the voters approved a yes vote for the ex Bayern Munich star, who was previously a board member of the Union.

Sammy Kuffour thanked his colleagues and challenged them to forge a much stronger front while fighting for each other to provide a better welfare for footballers.

Captain of Ghana Premier League side, Medeama SC, Joseph Tetteh Zutah got the approval of his colleagues as he was elected the Vice President of the PFAG . Zutah who was on the field leading his club side Medeama against Karela in a league match while the Congress was going on had earlier sent a heartwarming video which was played to the delegates.

Founder and General Secretary, Anthony Baffoe continues to be in the helm of affairs of the PFAG Secretariat together with his Deputy Solomon Torson.

The Minister of Youth and Sports, Hon. Mustapha Ussif and the General Secretary of the Ghana Football Association Prosper Harrison Addo were all around to lend support to the players . The Minister explained several policies government is embarking to support sports especially ex sportsmen and asked them to continue putting up the best for the country, citing the package the Ministry just rolled out for the Black Satellites as an example of what government is doing to help footballers.

The FA General Secretary also expressed his happiness with the leadership of the PFAG and educated players on why they should channel their grievances through their union for it to be managed well.

The PFAG will continue to execute its mandate in ensuring better welfare for all professional footballers in the country.

We remain here with them and for them.