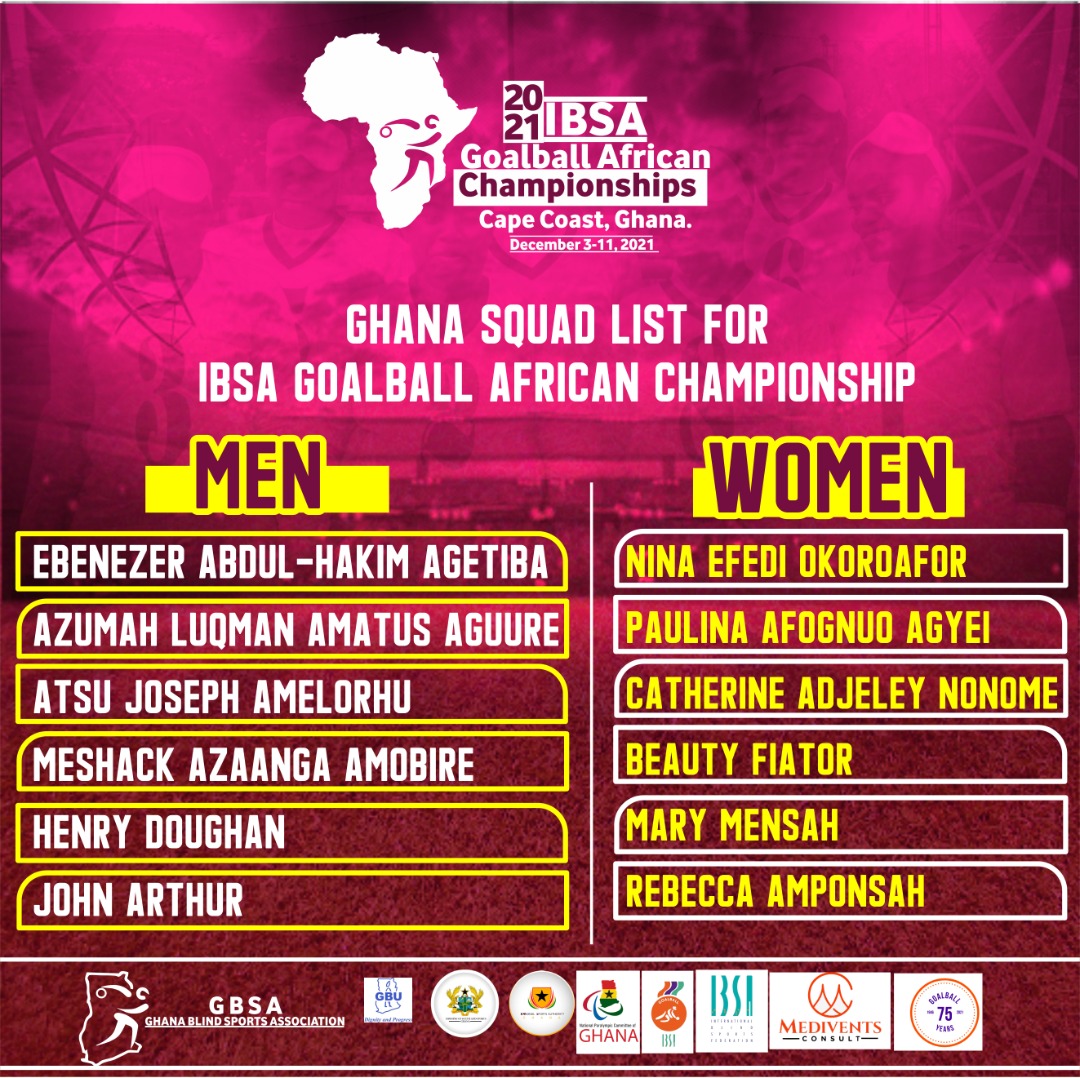 The technical team of the Ghana Blind Sports Association has announced their team to for the rest of Africa in the upcoming 2021 International Blind Sports Federation Goalball African Championship to be held in Cape Coast at the University of Cape Coast sports complex in December.

The organisation in this year held three separate competitions in a southern and northern format and later a top four (4) evet to settle on the selected Athletes.

The comprises of six women and six men currently camping in Cape Coast.

Ghana is billed to host seven other African countries, as they seek qualification to the IBSA world Goalball championship in China next year and later Paralympic Games in Paris, France in 2024.

The countries are expected to arrive on 3rd December 2021.