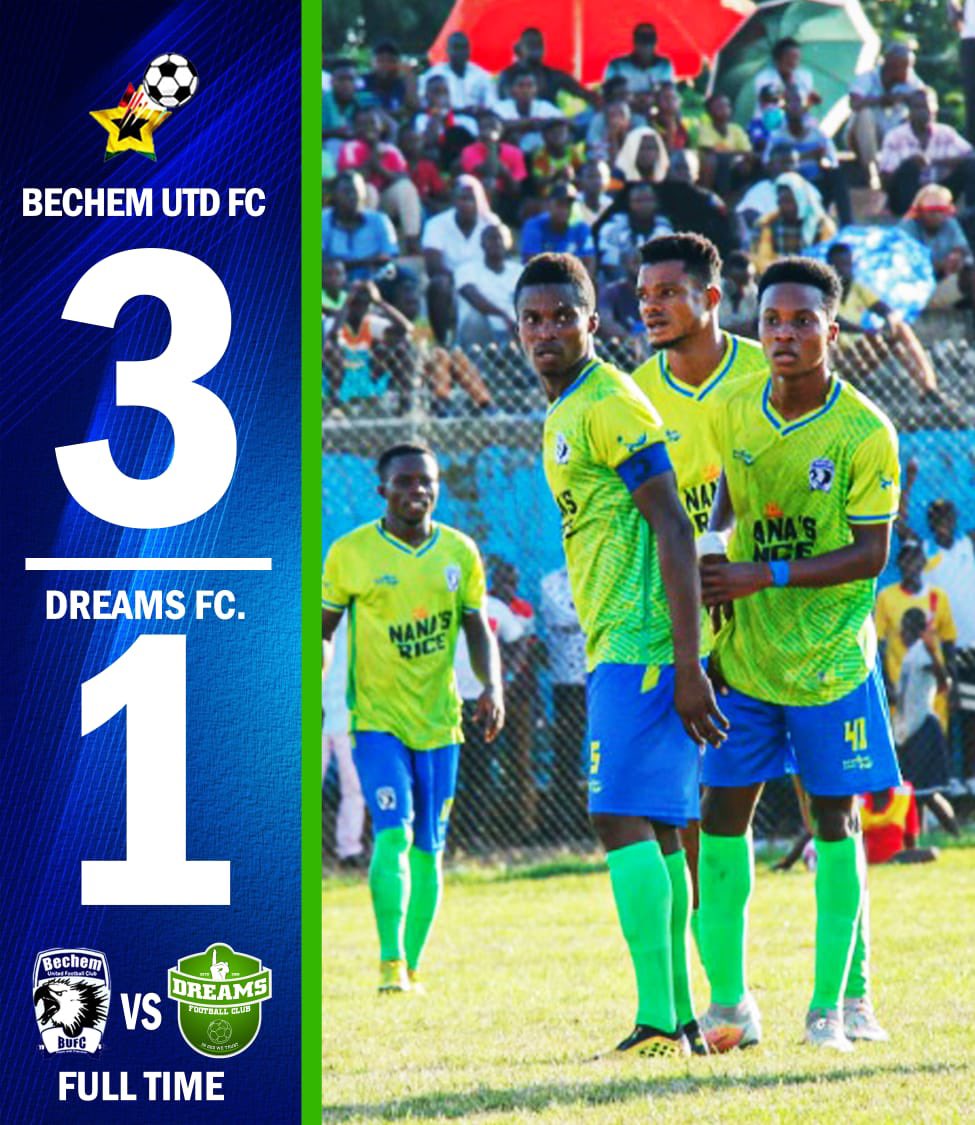 Ali Huzaf shot Dreams FC ahead of the game by the fifth minute after a mistake by the Bechem defence.

However, Emmanuel Avornyo equalised for Bechem deep in additional time of the first half after he latched onto a fine pass from his teammate. The goal marked the youngster’s third of the season after joining from lower division side Unistar Academy.

Augustine Okrah sent Bechem ahead by 54th minute with a wonderful strike when he connected to a pass from Emmanuel Asante.

Obuoba Yaw Dasi sealed the win for Bechem by the 68th minute with a quick break.

Bechem after the victory have moved to third on the log with nine points, four points behind leaders Asante Kotoko who were also held to a goalless draw by Karela in Ainyinase.

Bechem will travel to Accra Sports Stadium to face Great Olympics next week before they head to Bibiani to lock horns with debutants Gold Stars.