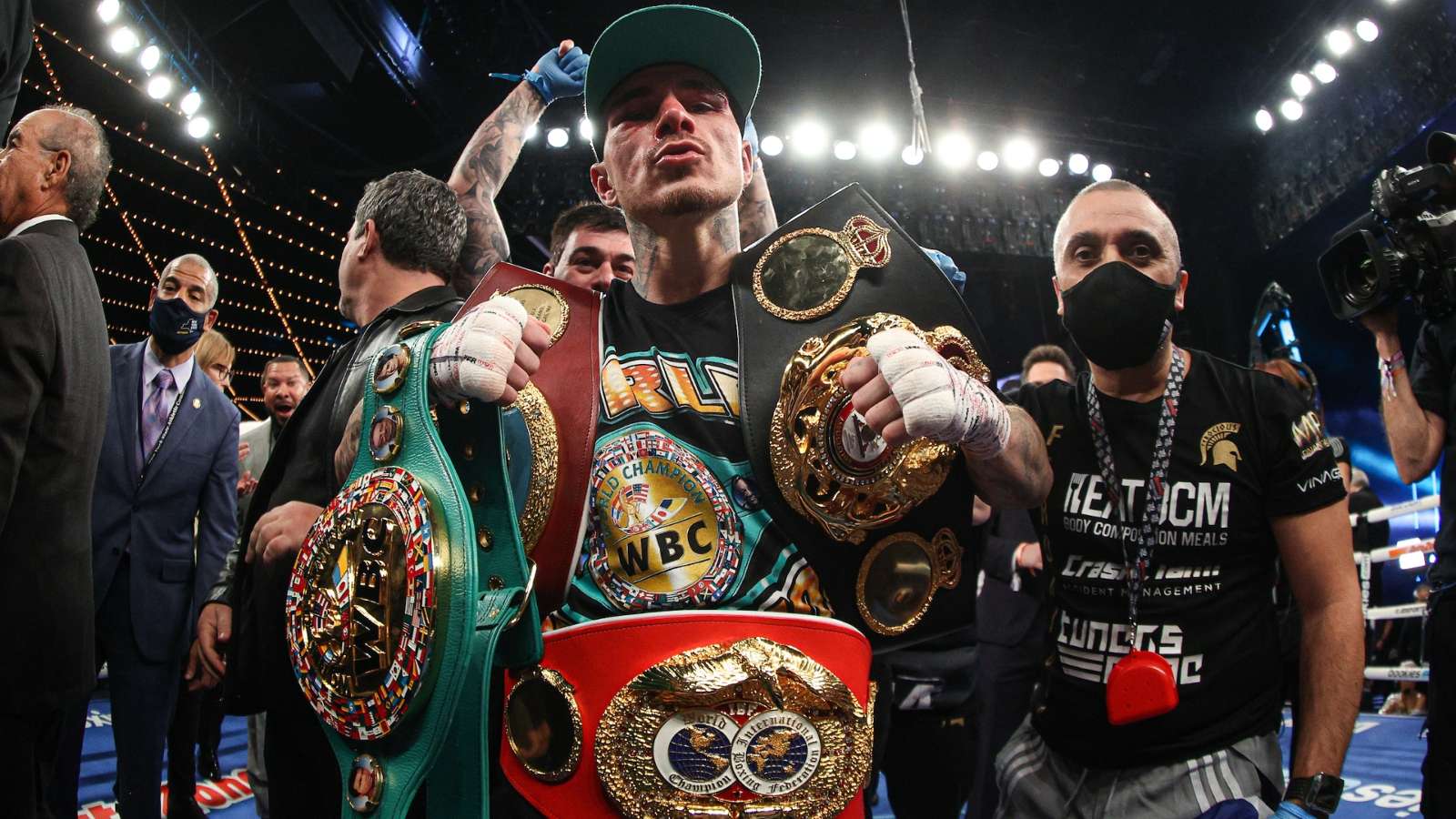 George Kambosos Jr. heard Teofimo Lopez predict a first-round knockout and turned the table to almost score one of his own.

Although Kambosos didn’t get that first-round KO, he did use a vicious overhand right to score a knockdown in the opening frame and rode it toward a rousing split-decision victory Saturday night to become the new unified world lightweight champion inside the Hulu Theater at Madison Square Garden.

Although Lopez dropped Kambosos with a right hand of his own in the 10th round, it wasn’t enough as judges scored it 115-111 for Kambosos, 114-113 for Lopez and 115-112 for the Australian, who shocked the undefeated champion with the thrilling upset at the end of a war.

“I believed in myself,” Kambosos declared to DAZN’s Chris Mannix. “I’ve got all the jewels.”

“I’m the better fighter,” he added, further stating that his win was the biggest victory in Australian boxing history.

“Hell of a fighter, but I won tonight,” Lopez shot back in the center of the ring.

After months of multiple false starts and postponements, many fans thought Lopez would make good on blasting Kambosos out of MSG in a hurry. And it looked that way for a moment as Lopez unloaded everything in his arsenal during the opening round. Kambosos held firm, withstood the attack and caught Lopez with a hellacious overhand right to drop the New Yorker in a stunning moment that would serve as a foreshadowing indicator for what’s to come.

Although Lopez immediately rebounded and dug his way back into the bout, Kambosos hung tough and displayed a scrappy effort to go back and forth with “The Takeover” in give-and-take nonstop action.

Lopez did deliver a knockdown of his own — on a right hand in the 10th round — to arguably pull ahead.

But Kambosos (20-0, 10 KOs) finished the stronger fighter to leave it in judges’ hands, where they ultimately declared him the new champion in the biggest win of his pro career. Though both fighters exhibited damage from the 12-round war, Lopez’s face looked way worse for wear with a gushing cut leaving his left eye bloody.

So, what seemed as a grand stage for Lopez to lay out the blueprint for a huge 2022 wound up shaking up boxing with a new holder of three (WBA, WBO and IBF) of the four major lightweight titles. Devin Haney is the WBC lightweight champ and used Saturday night to kick Lopez while he’s down.

“I hope it all make sense now! Teo was a fuckin fraud!,” Haney tweeted.

He also invited the newly-crowned champ, Kambosos, to fight for undisputed glory.

“Congrats @georgekambosos well deserved victory you worked hard for it! Let’s make it happen for all the belts ! #RealUndisputed”

Lopez (16-1, 12 KOs) suggested that he may have to move up in weight to 140 pounds after struggling to make 135. Plans for a post-fight press conference were dashed as both fighters were taken to the hospital.