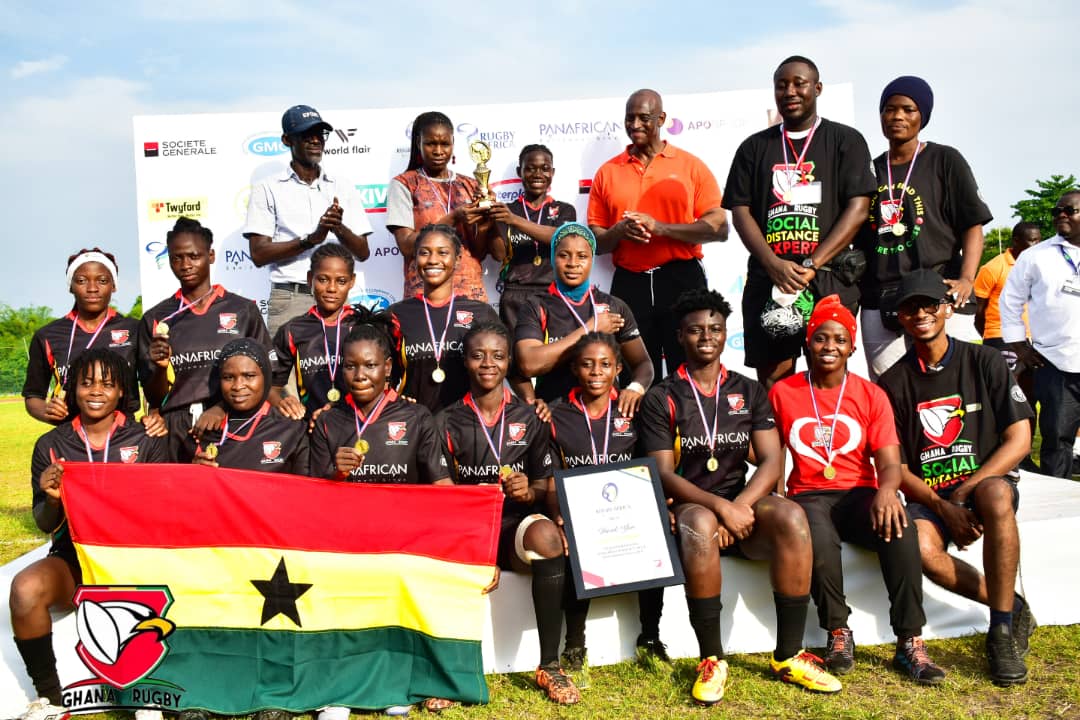 Ghana triumphed over seven other African countries to emerged champions of the Rugby Africa Sevens Championship which came off at the Paa Joe Stadium in Kumasi.

Ghana had its male and female national rugby teams emerging winners of the keenly contested competition to book a place in the final qualifying round.

The tournament serves as route for countries to book their places in the final qualifying round in April next year, which means winners will progress to the final round in 2022.

In the male category, Ghana commenced the campaign on a higher note, annihilating Niger 32-0 before whitewashing neighbors Benin 50-0 to book a place in the semifinals.

Ghana had to demolished Benin again in the semifinal to reach the final where a hard-fought 17-15 scoreline secured the host nation a victory against Burkina Faso.

In the female division, the Eaglets (Ghana female rugby team) were dominant, spanking Togo 51-0 in the first game.

They struggled in the early parts of their second game against Burkina Faso but recovered brilliantly to secure a hard-fought 19-17 win.

Comfortable wins over Benin and Ivory Coast in the final ensured Ghana emerged as the overall winners with twelve points.