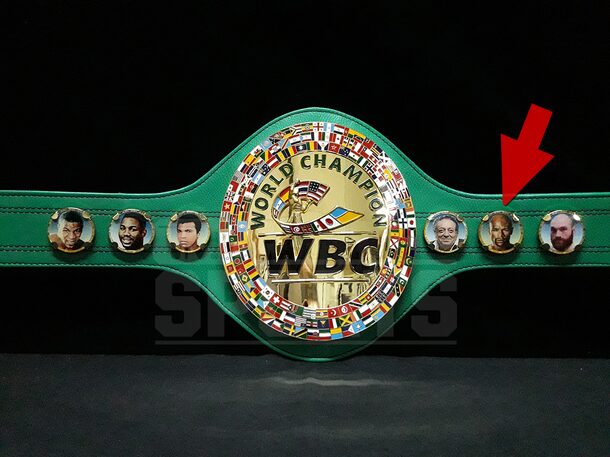 Floyd Mayweather may not be WBC champ anymore, but his face will forever be part of the organization’s famous green championship belt, because TMZ Sports has learned the undefeated fighter’s portrait was permanently added to the strap.

The belt above is Tyson Fury’s … hence why the Gypsy King is on the strap.

Mike Tyson and Lennox Lewis — both great former WBC champs — also have their portraits on the heavyweight belts (other divisions have other legendary fighters).

Of course, the WBC is one of the 4 major organizations (IBF, WBA, WBO) that sanction professional boxing matches.

In other words, being WBC champ is a big deal, and having your face on the belt for the rest of time is absolutely awesome.

Why Floyd? Well, he held WBC belts across multiple weight classes for many years, and at 50-0, is regarded as one of the greatest boxers ever.
Add this to the (very long) list of awesome honours for TBE.