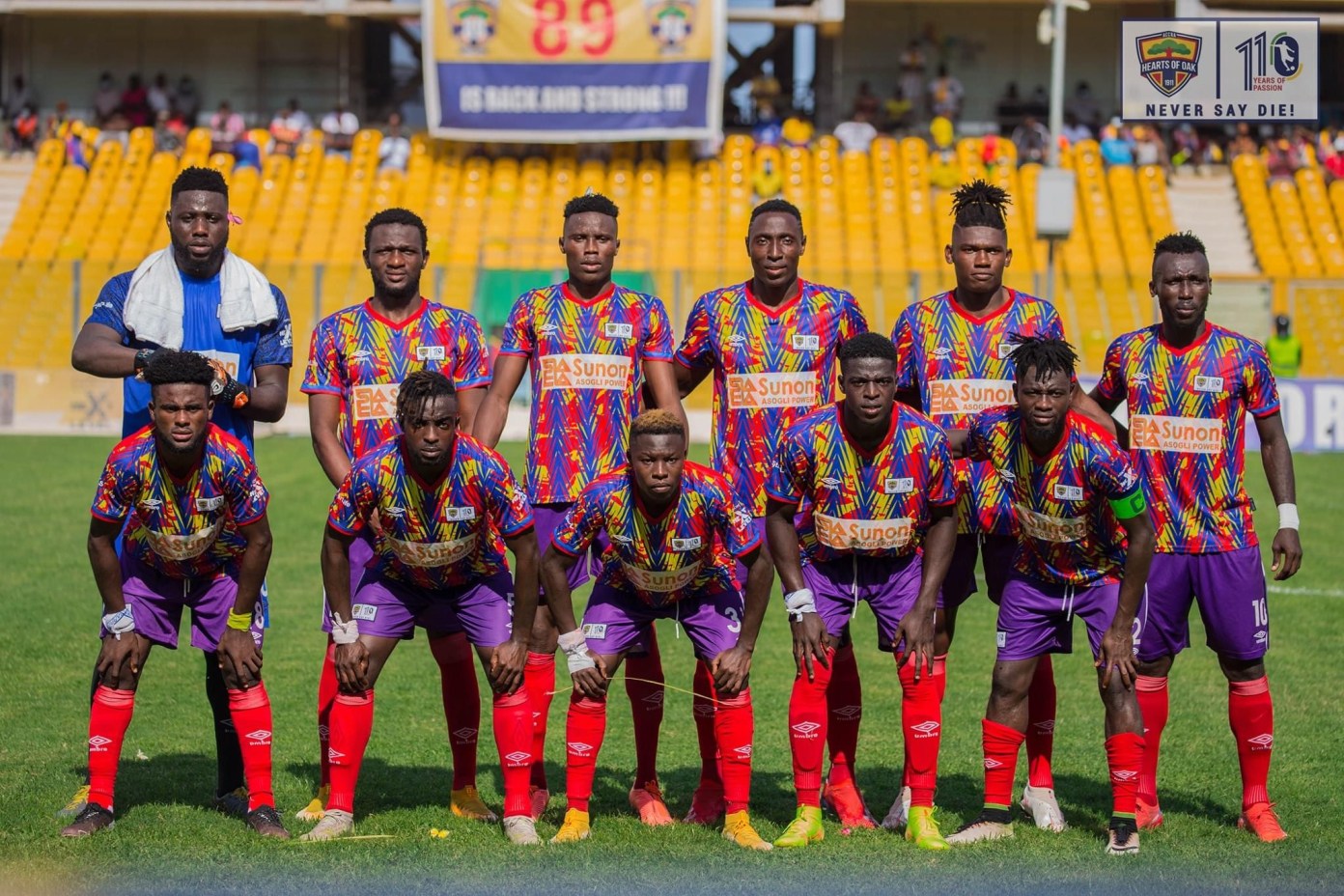 Hearts of Oak coach Samuel Boadu has announced a strong squad that will travel to Algeria for the second leg of the 2021 CAF Confederation Cup play-offs against JS Souara.

The Phobians head into the game with a 2-0 advantage thanks to goals from Ibrahim Salifu and Isaac Agyenim Boateng and would hope to hold up to that to book their place in the group stage.

Unfortunately, Salifu who scored the Phobians’ first goal last weekend has been ruled out of the game due to an injury he picked up during the game. The midfielder has failed to recover despite several treatments.

According to the latest reports, hitherto want-away midfielder, Gladson Awako has been included in the squad as a replacement for Salifu. Awako was initially not part of the travelling contingent but the midfielder’s passport and other documents were sent to the Algerian Embassy in Accra to fastrack his visa acquisition.

Hearts of Oak squad for the second leg against JS Saoura: