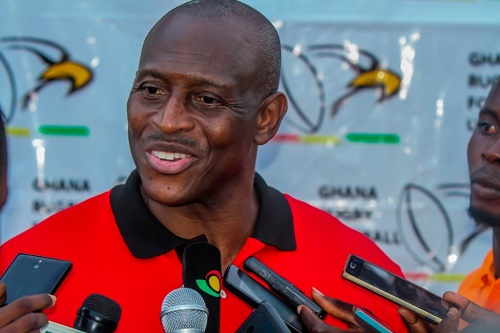 Ghana Rugby president Herbert Mensah has revealed that with unity among stakeholders, no club in the local terrain can compete with Asante Kotoko.

The Porcupines have gone unbeaten under Prosper Narteh Ogum in their first five matches, winning four and drawing one, accumulating 13 points and are sitting on top of the league log.

Herbert Mensah, who’s the former CEO of Asante Kotoko has however reiterated that with unity among the stakeholders, the team can win the 2021/22 Ghana Premier League title.

“I predicted earlier before the league started that Kotoko will win the league, and I still stand by that If there’s unity and great understanding amongst all the major stakeholders then no team can out-compete Kotoko,” he told Akoma FM.

“I still stand by it that Kotoko will win the league with unity, also I think Kotoko is the best-prepared team and stronger than all the other clubs. If you love Kotoko support Kotoko not individuals,” he ended.

The Porcupines next host King Faisal in the Kumasi derby at the Baba Yara Stadium on Saturday in a matchday 6 fixture.