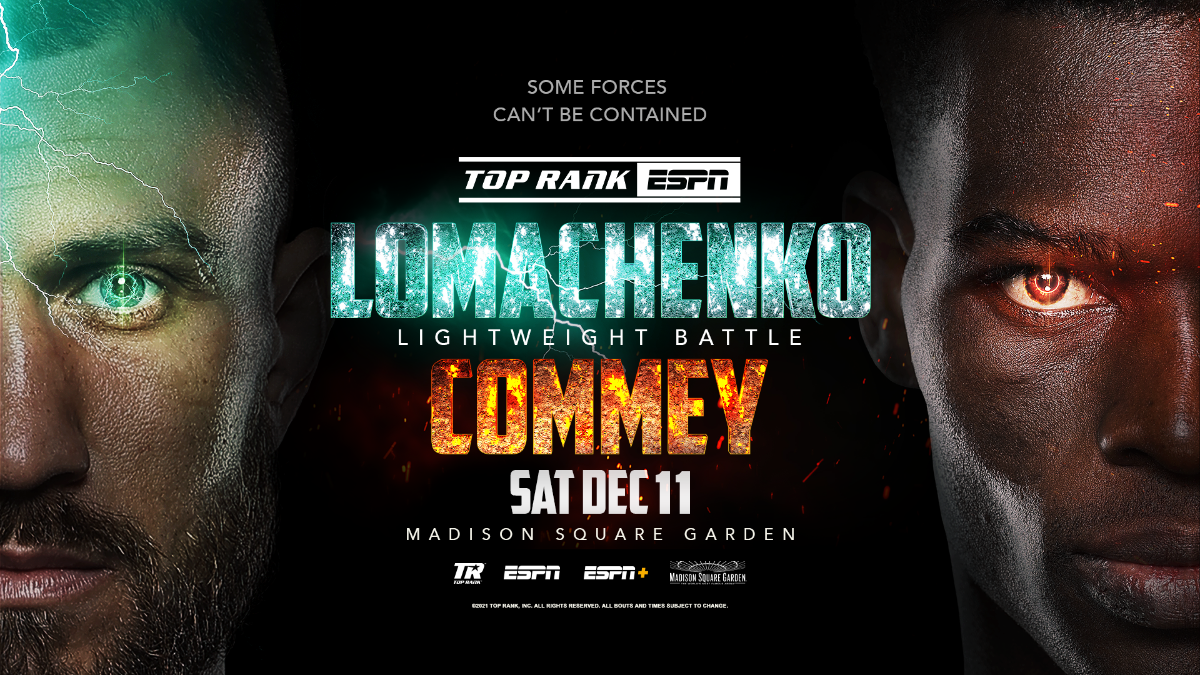 Keyshawn Davis, the lightweight star who earned a silver medal at the Tokyo Olympics, has a golden chance to shine on one of boxing’s biggest platforms. Davis (3-0, 2 KOs), in his first fight since signing a long-term deal with Top Rank, will face Mexican veteran Jose Zaragoza (8-3-1, 2 KOs) in a six-round bout Saturday, Dec. 11 on the undercard of the Vasiliy Lomachenko-Richard Commey lightweight main event.

Davis, one of boxing’s most sought-after promotional free agents, signed a long-term contract with Top Rank last month. His notoriety soared following the Tokyo Olympics, a run that included a knockout win over France’s Sofiane Oumiha and a close loss to Cuban legend Andy Cruz in the gold medal match. Zaragoza has won three straight fights and has never been knocked out as a pro.

The full undercard will stream live on ESPN+ at 5:30 p.m. ET/2:30 p.m. PT and is scheduled to include the following bouts:

Promoted by Top Rank, in association with DiBella Entertainment, tickets are on sale now and can be purchased by visiting Ticketmaster.com or MSG.com.

In order to attend the event, all guests age 12 and older are required to provide proof of COVID-19 vaccination (this means having at least one dose of a COVID-19 vaccine prior to attending). MSG’s comprehensive COVID-19 guidelines, including those regarding children under 12, can be found at https://www.msg.com/madison-square-garden/faqs.