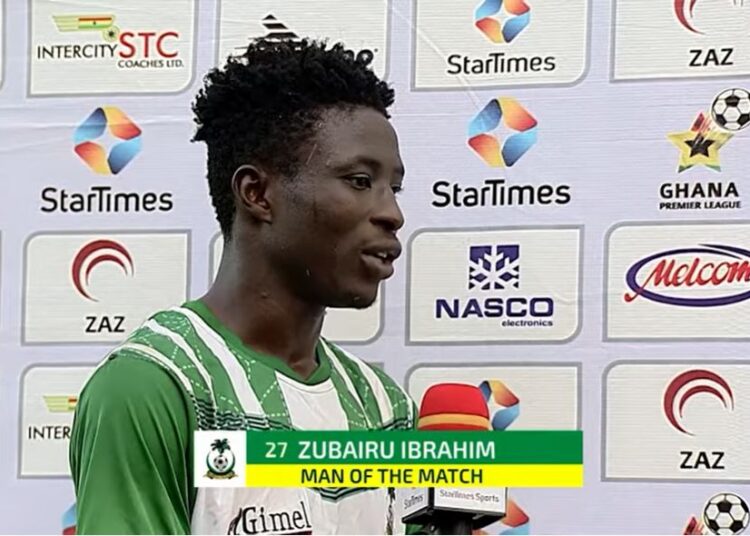 King Faisal Babies teenage forward Ibrahim Zubairu has set a new record in the Ghana Premier League after registering a hat-trick against Asante Kotoko in a matchday 6 game at the Baba Yara Sports Stadium on Sunday afternoon.

Zubairu, 17, hit treble and diced it with a high-quality performance for the Green and Whites who defeated the Porcupine Warriors to climb to the summit of the table.

The right-winger, who Sakafia Senior High School in 2020 at Kumasi, has now become the youngest player to score a hat-trick for King Faisal in a Ghana Premier League.

He has also become the youngest player to score a hat-trick against Kotoko in a Ghana Premier League game.

According to Ghanaian football historian Bright Yeboah Taylor, the record was held by Sulley Mohammed, 17 years, 10 months when he scored a hat-trick for King Faisal in the 2013 Ghana Premier League. But, Zubairu is 4 months younger than Sulley was when he netted the treble.

Zubairu’s goals have helped Faisal to leapfrog Kotoko to go top of the table.