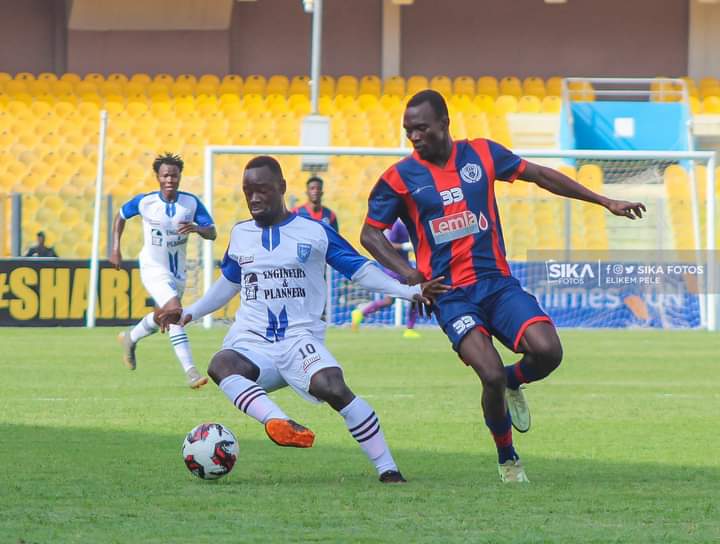 The returnees today played as a guest to the Blues in a matchday 6 encounter of the ongoing 2021/2022 Ghana Premier League season.

Throughout the first half, a number of chances were created by both teams but the scoreline remained barren due to the lack of productivity from the attackers in the game.

In the second half, both Berekum Chelsea and RTU pushed men forward in a bid to find the back of the net to steal the three points.

In added time when the game looked set to end in a stalemate,in-form attacking midfielder David Sandan Abagna popped up and scored in fantastic fashion to propel RTU to record a massive 1-0 win against Berekum Chelsea on the road.