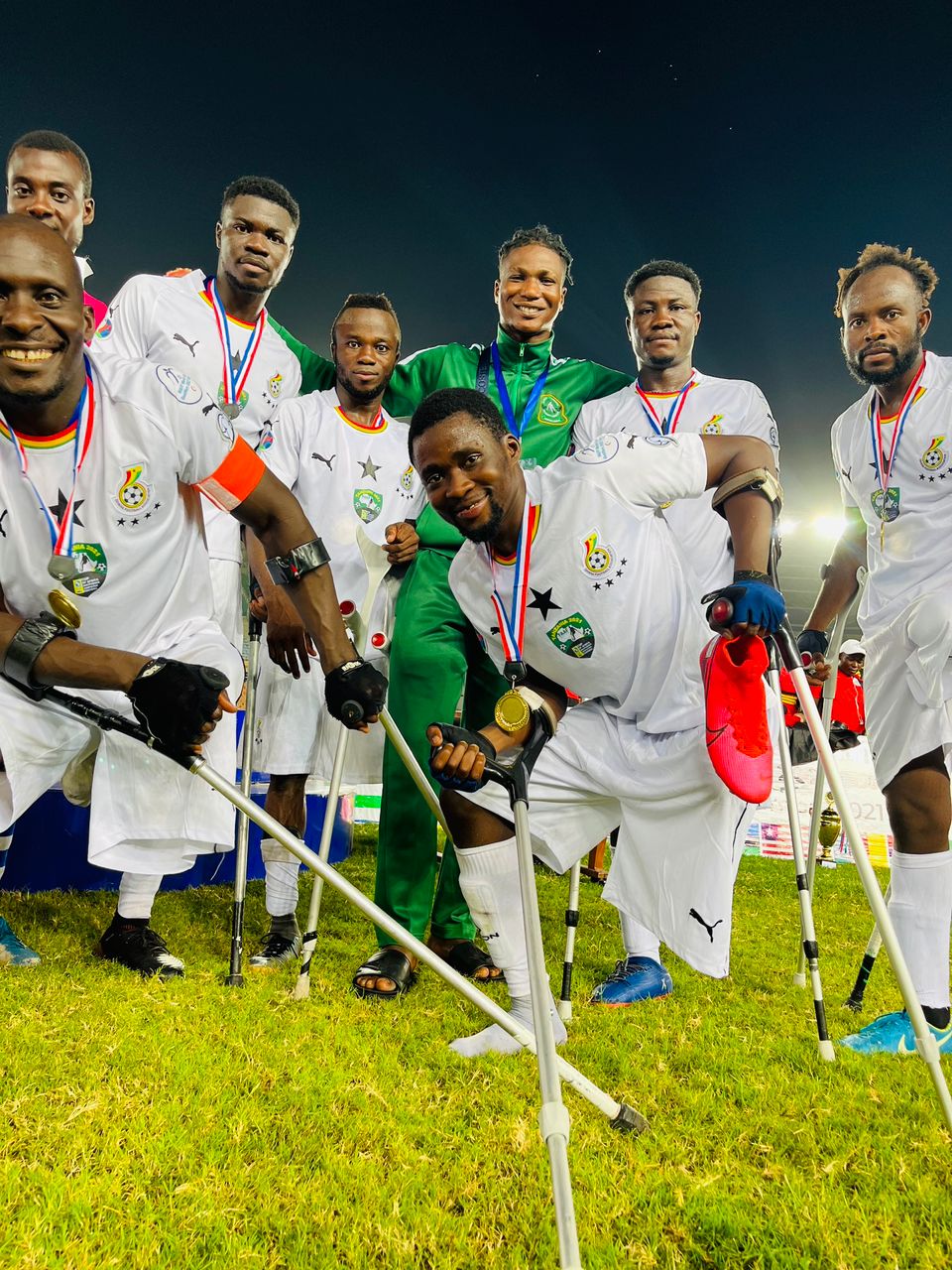 Richard Opentil, Captain of Ghana’s Amputee football national team, has refuted reports in the media that, the team is stranded in Tanzania after winning the sixth edition of the Cup of African Nations for Amputee Football.

The ‘Black Challenge’ as they are popularly referred to, defeated their Liberian counterparts 3-2 to win the ultimate after edging the likes of Egypt, Nigeria, and Angola en route to the final.

Speaking in an interview with GNA Sports from the team’s base in Dar es Salaam,

Captain Opentil revealed that the team was not stranded as reported in the media, but were soliciting tickets from the government to enable them travel down to Accra to present the trophy to the people of Ghana as most of them are based in Turkey.

“We are not stranded. What really happened was our airline tickets for the tournaments were from Turkey to Tanzania and vice versa, with most of us based in Turkey. But we deem it appropriate to solicit for tickets from the government so that we could come and present the trophy to the people of Ghana because the trophy is for them and not us,” he explained.

When asked about the difficulties they encountered prior to the tournament and during the competition, Opentil said: “It really feels great to win this trophy for Ghana especially considering the leadership wrangling in our association. We have not been able to participate in major competitions for many years now but winning this really means a lot.

“The leadership crisis has really affected us but we were still poised to compete in this tournament as players contributed to pay for their own tickets and also pay the participation fee for the tournament.

“Things were financially difficult throughout our participation in the tournament but I was able to convince the guys to do their maximum best for the country,” he stated.