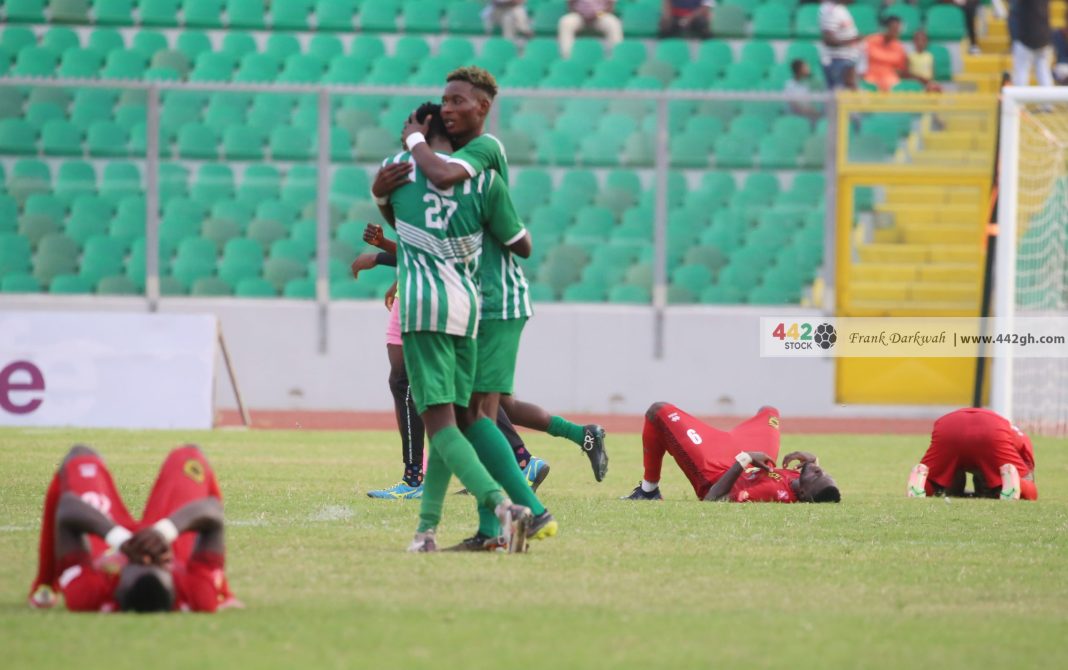 The Inshallah Boys scored two quick goals in the first half thanks to Zubeiru Ibrahim. Although Cameroonian striker George Mfegue Rodrigues scored two goals after the break, Zubeiru added another to complete his hat-trick and condemn Kotoko to their first defeat of the campaign.

“We started the match as underdogs but we did the needful even though they played better,” Nurudeen said after the game.

“Being needful means that you sit back and then you take your chances and then you take them on counter and the few chances we had we utilized them and that has been the game plan throughout the week,” he added.

Nurudeen, however, played down suggestions that Faisal could win the league title as they are currently joint top leaders with Kotoko.

“Being joint top on the league table means we are on course but it’s just too early to say anything,” he insisted.

“But we believe that if we continue to work hard, at least we will get a respectable position l on the league table not necessarily to take the cup or something because we are not ready for Africa,” he added.