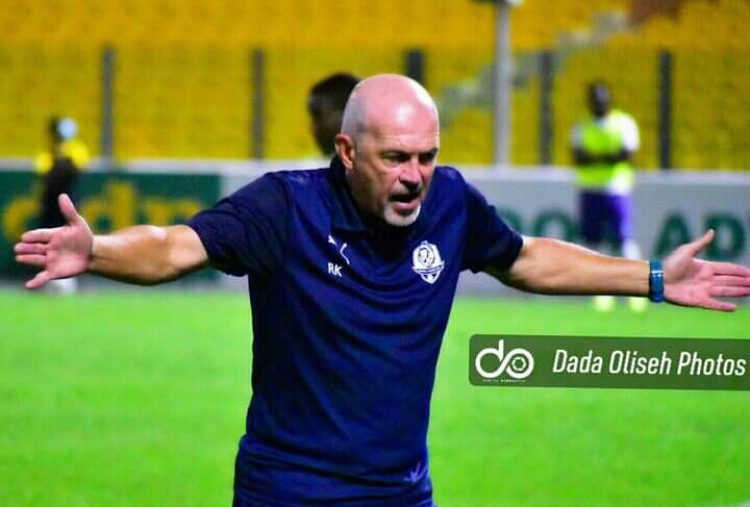 The latest reports in the Ghanaian media this afternoon indicates, newly-promoted side, Accra Lions FC have relieved off their head coach Rainer Kraft from his duties with immediate effect.

The decision was mainly taken by the Lions for what is described as poor perfomance since the commencement of the new season.

The German gaffer single handedly guided the club into the country’s topflight championship for the first time in their history after finishing as winners of Zone 3 in the second-tier last season.

However, in their debut Premier League season, the Lions have won two matches after round six, drawing just one with three defeats which happened against Great Olympics, Dreams FC and Bibiani Gold Stars.
However, they nipped on Frederick Asante’s lone goal to beat Eleven Wonders in their last game and will play as guest to Karela United at Anyinase in week 7 of the ongoing campaign.