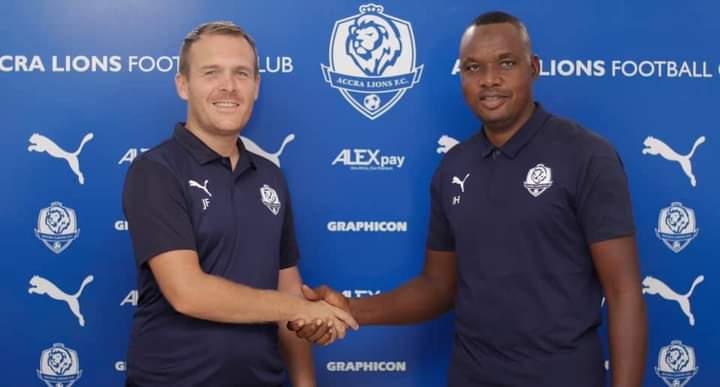 Head coach Rainer Kraft and Accra Lions mutually agreed to part ways on Wednesday as he returns to Germany to deal with personal issues.

James Francis has been working with the German trainer since June and will assume the role in an interim position.

“Rainer Kraft had a very successful spell in his two years as Head Coach of Accra Lions Football Club that was crowned with winning the Division One Championship and gaining the Ghana Premier League promotion this year,” Chief Executive Officer of the club, Nana Obiri Yeboah confirmed.

“We are very grateful for everything he has done to develop our club forward and wish him well for the future. Assistant Coach James Francis will take over as Caretaker Coach with immediate effect,” he added.

James Francis will be in charge of the team when they travel to Anyinase to play Karela United.