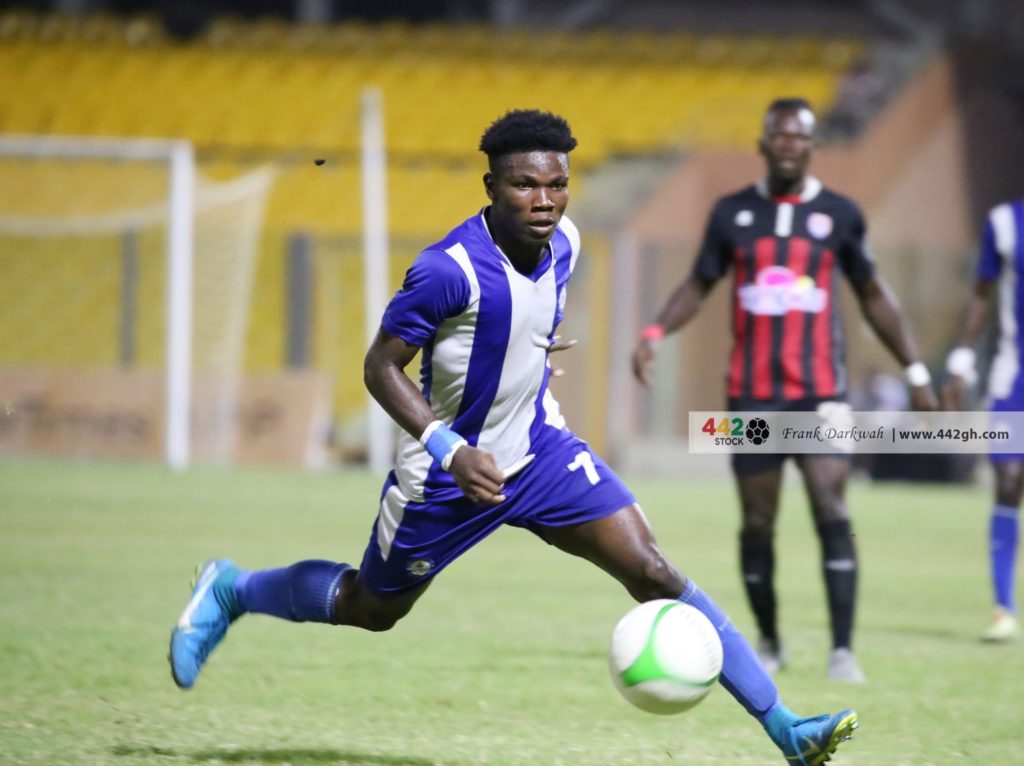 Head Coach of Ghana Premier League side Great Olympics, Annor Walker has backed his attacker, Maxwell Abbey-Quaye to seal a place in Ghana’s squad for the Africa Cup of Nations next year.

The young attacking sensation has had a terrific start to the 2021-22 campaign, scoring six(6) goals for the Wonder Club in their opening six games of the season.

And speaking in an interview, Great Olympics trainer, Annor Walker expressed confidence that the talened forward can gatecrash Ghana’s AFCON squad if he continues with his impressive goalscoring form.

“I told him there’s no competition in the striking position at the National team, so if he can improve himself a bit, he can make the squad for the AFCON,” the experienced trainer said.

“So he listened to me and has been working seriously, which has helped him this season.

“I expect him to do more before the call-ups come in January and if he can score 10 goals before then, there’s no coach who would not invite him to play for the national team,” Annor Walker added.

The 2022 edition African Cup of Nations tournament will take place from January 9 to February 6 2022 in Cameroon.