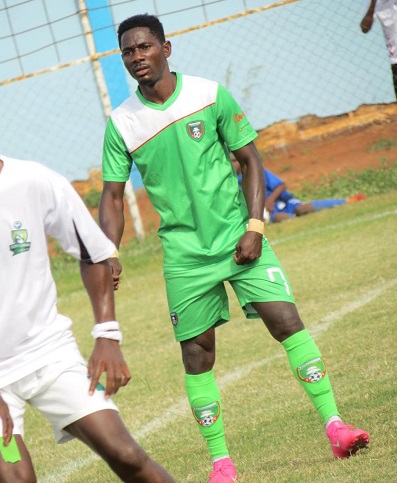 Techiman Eleven Wonders defender Amin Adams and his team manager Ernest Amo has been granted bail by an Accra High after allegedly assaulting a referee while losing 0-1 to Accra Lions in GPL Week 6 game at the Accra Sports Stadium.

Amin Adams and the team manager Ernest Amo were remanded in police custody for two weeks after appearing in court on Monday as a result of allegedly assaulting a referee in a league game against Accra Lions.

The player and the manager were dragged to the police station on Saturday following their defeat against the Lions in Week 6 of the GPL. They allegedly charged on assistant referee Jasper Adenyo and physically assaulted him in the process.

Despite an appeal for the case to be moved from the Police Station for the FA and it’s Disciplinary Committee to solve the issue, the judge who sat on the case put them for two weeks remand before they sit on the case again.

The lawyers for the duo went in an appeal and was granted minutes ago by an Accra High Court.

The duo spent two days in Police cells after being arrested by Superintendent Freeman Kumashie from the Greater Accra Police Command before they appeared in court last Monday.