Bruno Tarimo ready for the UK and Zelfa Barrett clash 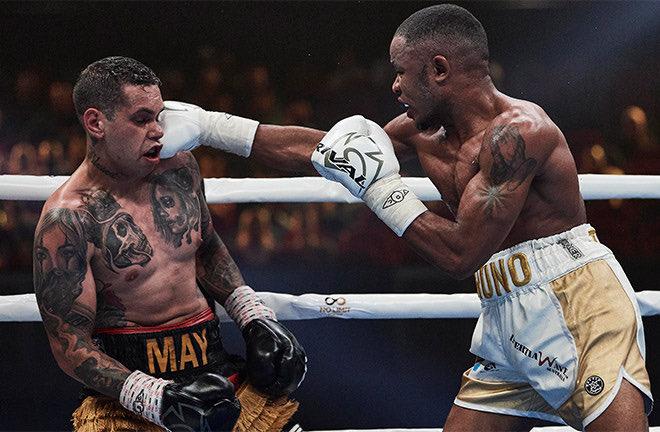 The Australian based upsetter, Bruno Tarimo is readied for the UK as he gets set to upset Zelfa Barrett and force a shot at the IBF world super featherweight title.

Tarimo, who hails from Tanzania, has established himself as a successful road warrior, taking on all challenges and winning consistently in the so called ‘away corner’.

The all action 130 pounder discussed his latest international expedition.

Tarimo said, “I want to thank god and my manager Tony Tolj for getting me this opportunity. I have been working very hard with Angelo and Tony in the gym over the last few years and I have shown I am always getting better. I will show that again in England on December 18.

“Zelfa Barrett is a good fighter but I believe styles make fights and he won’t be able to handle what I’m bringing to the table. My goal is to win this fight in a way everybody will see I am a world class boxer. I know by beating Barrett I can be a world champion.

“I am very excited to be fighting on a big show in the UK on DAZN, which will be seen by lots of British fight fans and fight fans in Australia and New Zealand. This is the right platform for me to show the world what I’m all about and thank you to Dragon Fire Boxing and Matchroom Boxing for making this happen.”

The current IBF super featherweight champion comes in the form of the the all action Japan star Kenichi Ogawa who brutally dismantled Azinga Fuzile to claim the 130lbs strap last month at Madison Square Garden.

Tarimo gave his take on a potential clash with the Japanese star.

‘The Terminator’ said, “I would love to travel to Japan to face Ogawa. To me a ring is a ring, I’ve proven that many times before and I am happy to prove it again.

“Ogawa is a great champion, I respect him a lot. He took apart the South African fighter in style. He is all action and so am I, so I believe it would make a great fight.

“My focus right now is on executing the game plan against Zelfa Barrett and putting myself in line for a shot at the world title.”