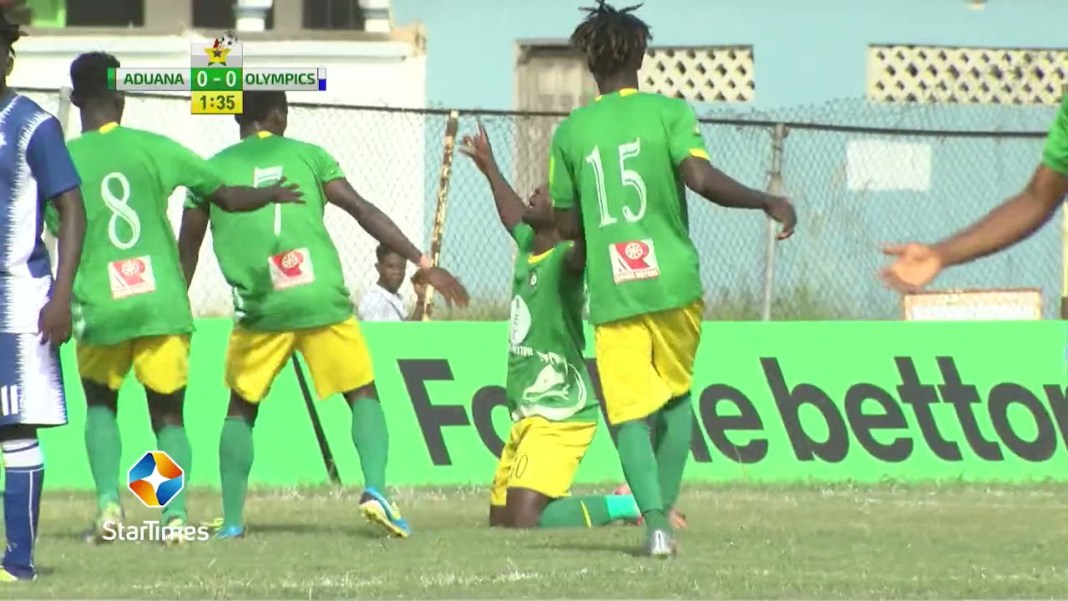 After failing to pick a win in their opening two games, including a shocking defeat at home against King Faisal, Aduana have since returned to winning ways.

After three minutes, Aduana went ahead thanks to Agyei’s goal. The forward headed in a powerful cross from Abass Mohammed.

Gyamfi came close to double the lead ten minutes later but his shot was blocked.

After the break, Great Olympics had several half chances but their forwards failed to make it count.

Aduana have now leapfrog Asante Kotoko to top the log with superior goals scored although both clubs have 13 points.

Kotoko’s game against Hearts of Oak have been postponed due to the latter’s participation in Caf Confederation Cup.