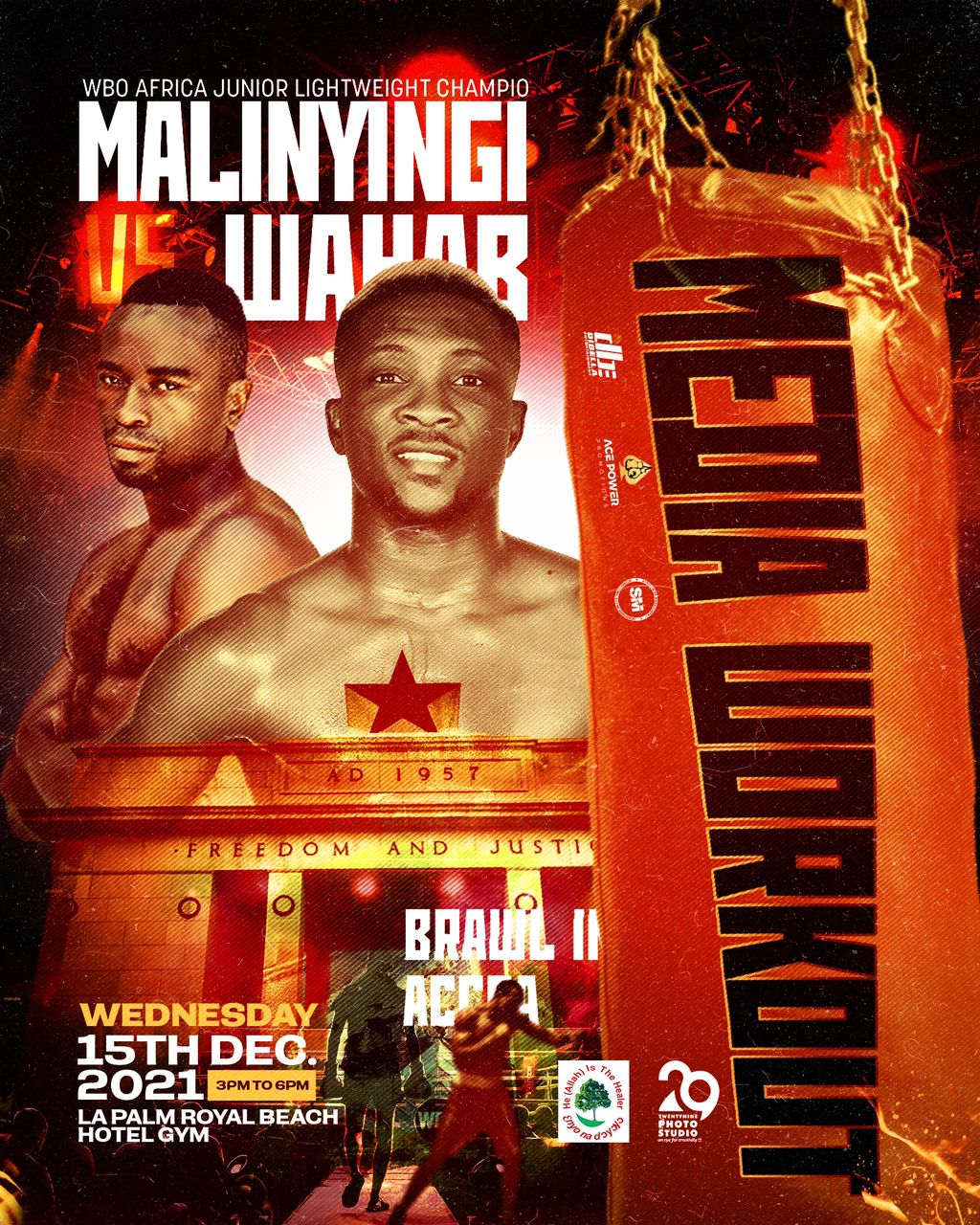 Ghanaian boxing syndicate, ACE Power Promotions will this Wednesday, 10 December at the plush La-Palm Royal Beach Hotel, stage a media workout for the two boxers headlining their next fight night scheduled for December 25.

Ghana based Nigerian, Joshua Oluwaseun Wahab (21-0, 14 KOs) and young Holy Dorgbetor (8-0, 5 KOs) will work out for the media at the plush La-Palm Royal Beach Hotel this Wednesday, 15 December between 3 to 6pm with the countdown to their headlining the ‘Brawl in Accra’ fight night at the same venue on Christmas Day.

In the event co-promoted with UK based Michael Amoo-Bediako’s Streetwise Promotions and US based DiBella Promotions, Wahab defends the WBO Africa junior lightweight title he won in Nigeria back in July when he faces Jackson Malinyingi AKA Kid Tyson (11-4-1, 3 KOs) whilst Dorgbetor who is coming off annexation of the Ghana featherweight title in October, makes a first defence of the national belt against Emmanuel Otoo (3-2, 3 KOs).

Other fights on the stacked bill come Christmas Day include highly rated Robert ‘Stopper’ Quaye (20-0, 17 KOs) versus a yet to be confirmed opponent, Michael ‘One Bullet’ Ansah against Samuel Turkson at lightweight and Daniel Aduku versus Moses Lartey at super welterweight.