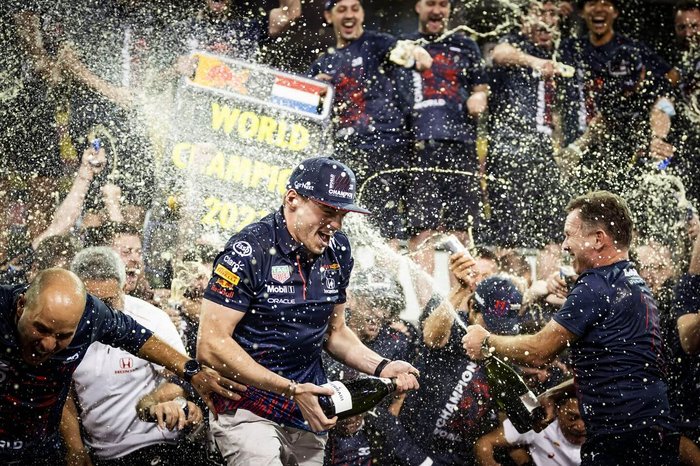 Harry Kane has questioned the decision to allow Max Verstappen to close the gap to Lewis Hamilton while the safety car was deployed in the closing stages of the Abu Dhabi Grand Prix, which enabled the Red Bull driver to overtake the Brit on the last lap to claim his maiden world title.

Heading into the final race of the season, Verstappen and Hamilton were locked together on 369.5 points, but for much of Sunday’s title decider the latter clearly had the upper hand.

After edging past Verstappen at the start, Hamilton managed to keep his rival at bay and opened up a comfortable lead. He appeared to be set to win a record-breaking eighth world championship, before Nicholas Latifi crashed out of the race with five laps remaining.

With the safety car ensuring that racing wasn’t permitted, Verstappen pitted for fresher tyres, while Hamilton opted to stay out on the track.

It seemed that the race may end under the safety car, but race director Michael Masi instead decided that one more lap could be completed, and allowed Verstappen to go past the lapped cars so that he started the final lap only just behind Hamilton.

Verstappen used this to his advantage as he streaked past Hamilton at the death to snatch victory from the jaws of defeat.

It was arguably the most controversial ending to a season ever, and Kane was left bemused with how the race played out.

“I’m new to F1 and it’s been amazing to watch Lewis and Max battle it out. I’m no expert on it but I feel like there’s some bizarre rules that give an unfair advantage like today? Why should Hamilton be penalised for somebody else’s crash?” he posted on Twitter.

“He literally raced the perfect race under the highest pressure and gets the World Championship taken away from him. Seems like common sense to keep the lead that you’d raced so hard to gain. Shame it had to end like that.”

Mercedes opted to lodge an appeal after the race, but Masi’s decision has since been upheld, meaning that Verstappen remains the Formula One champion for 2021.

They have announced their intention to appeal again, and this debate could rumble on for some time yet, but Kane has certainly made his stance clear on the dramatic incident.