2021 ER volleyball league to kick off on August 21

Photos: Tokyo Olympics 2020 - best of the action from Day 8 of the Games 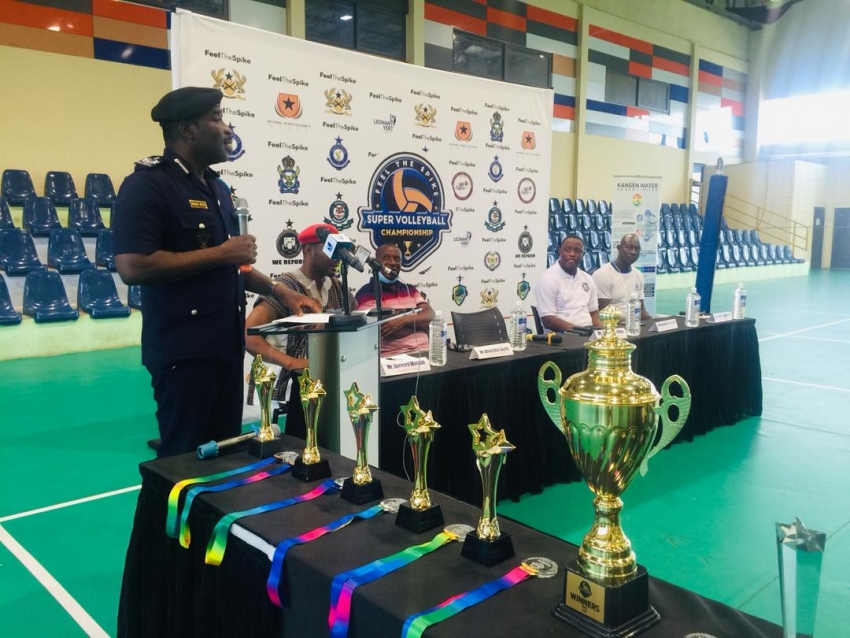 The Super Volleyball Championship which comes off at the Trust Sports Emporium (Gamashie Hall) in Accra has been launched today, Monday 13th December, 2021.

The Super Volleyball competition which is organised by Anaba Capital will be a free to the public event to raise and maintain the affection of the game in the country.

Team leader, Mr. Mohammed Aputeog said the tournament is to create awareness on volleyball as an entertaining and competitive sport that can attract corporate support.

He expressed the need to begin indoor games and allow players to exhibit their skills and talents to attract foreign clubs and contracts.

According to Mr. Aputeog it is time to promote the game of volleyball to the international level where Ghana is regarded as one of the top teams in Africa.

The Super Volleyball championship has attracted old and current volleyball officials, coaches, players and media who are happy that the game would be played indoors.

At stake are handsome cash prizes, medals and trophies for the winners and best performers.

Kangen Water is supporting the tournament.