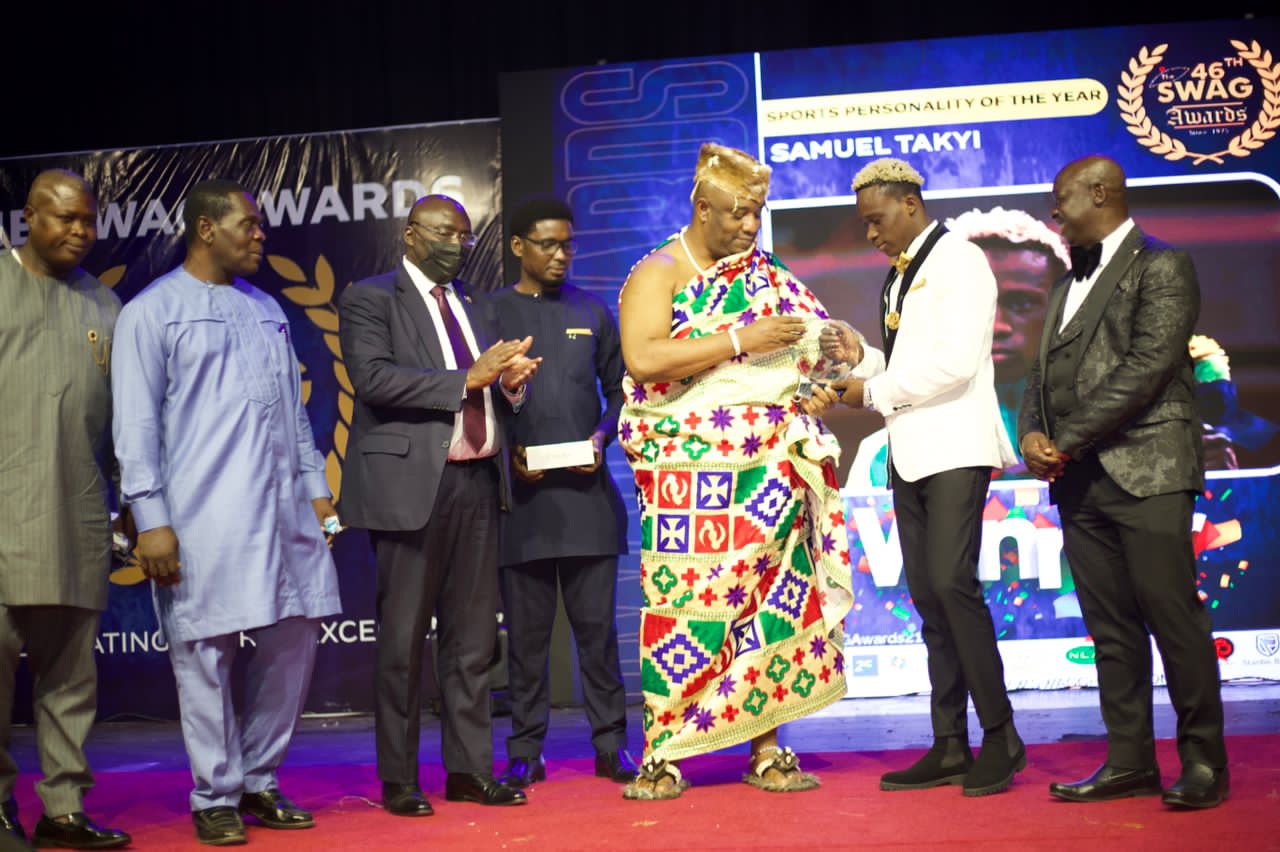 confess to the ‘crime’ of not attending SWAG Awards. For the limited time I’ve been in sports writing, spanning almost two decades, last night was my third appearance at the SWAG awards. I’ve absented myself mostly because we’ve often not stuck to time. And not liking to stay out late previously, it was best staying off the awards night.

Last night was different. We were quite on time. That was the first impressive note I made. I liked the small chops but I couldn’t take the beer. I would’ve preferred a Cape Town-brewed wine (please, just don’t mind me). Covid-19 protocols were largely adhered to and with the seating arrangement unsurprisingly orderly.

I didn’t like the first musical performance. I enjoyed Akwaboa. Speeches by SWAG President, Kwabena Yeboah; Lawyer and colleague journalist, Sammy Bartels for MTN CEO Selorm Adedevorh; Ga Manste, Nii Tackie Teiko Tsuru and Vice President of the Republic, Dr. Mahamudu Bawumia were all fit for the occasion. They were insightful.

Dr. Bawumia was unrelenting in his digitisation crusade. It will serve bigger interests if the sports fraternity fully embrace the digitisation agenda. The presence of the Ga Mantse and the Agbogbomefia of Asogli State, Togbe Afede XIV gave the night the right traditional touch. I loved the MCs. I was pleasantly impressed with colleague, Benjamin Willie Graham on the mic. I’ve seen him excel in the commentary box but not as an MC.

The awards were to deserving winners notably, Olympic medalist, Samuel Takyi and Hasaacas Ladies coach Yusif Basigi. It’s always important to honour athletes not just for their on-the-field success but also undefiled dedication to the sport. That’s why my heart smiled with joy when the venerable Ken Bediako, a SWAG Patron and the man employed me at Kotoko Express was also honoured with the SWAG President’s Award.

What more could SWAG do than properly acknowledge the contributions of both the distinguished veterans and the excelling youngsters like, Saddick Adams, who picked the maiden Sports Journalist of the Year award. Kudos to all the winners and to SWAG for last night’s very decent event. It was worth being there. It was a beautiful moment.

Fatawu Issahaku – Discovery of the Year