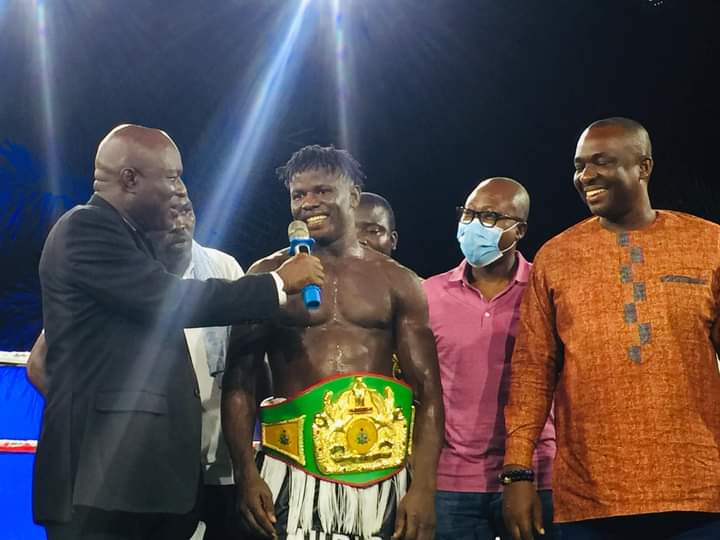 After both boxers exhibited credibility, durability and resilience in the earlier rounds, it became too close to call as to who was going to win.

It was Mubarak who landed some few effective punches and got his opponent dazed and wobbled at a point. But Darku showed so much resilience, especially in round 6 of the 12 rounder.

Mubarak in round 7 connected some deadly body shots that saw Darku gasping for breath and in round 8, referee Roger Barnor stopped the fight to save a suffering boxer from further punishment that could lead to irreparable injury.