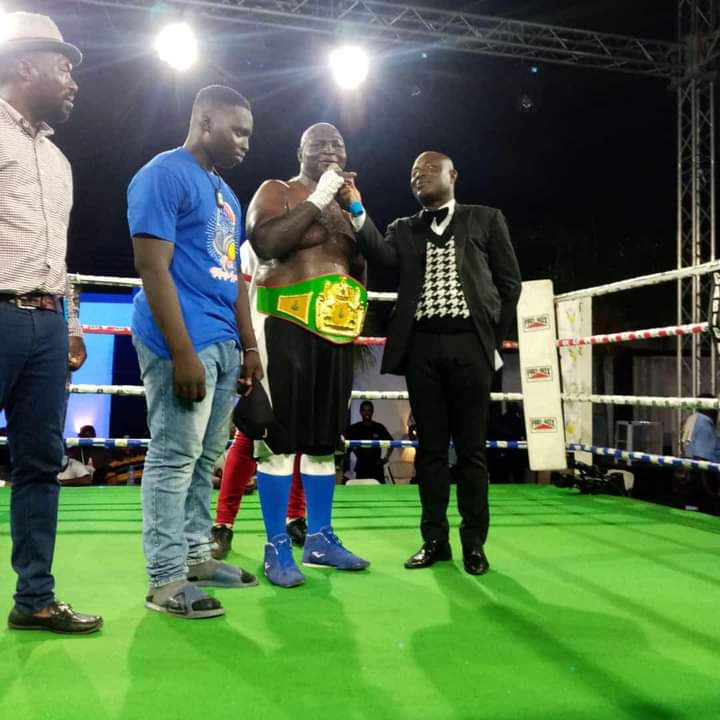 After a close battle between the two boxers in the first three rounds, Osumanu took charge of the fight and landed effective punches in round 4 and 5 which saw his opponent, Nii Offei Dodoo momentarily retired and failed to respond to the bell for round 6.

In a post fight interview, Saabo shared tears of joy and explained that he shared tears because at long last, his efforts in boxing has been rewarded tonight with a title he has won for keeps.

By the GBA new regulations, national titles are now won for keep to help boxers have something to show for their efforts in case they don’t traverse beyond national titles.

When requested to sing and eulogise himself for a yeoman’s job done, he was as eloquent as always and enjoyed “showers” of Ghana cedis from a number of his fans who came around to support him.