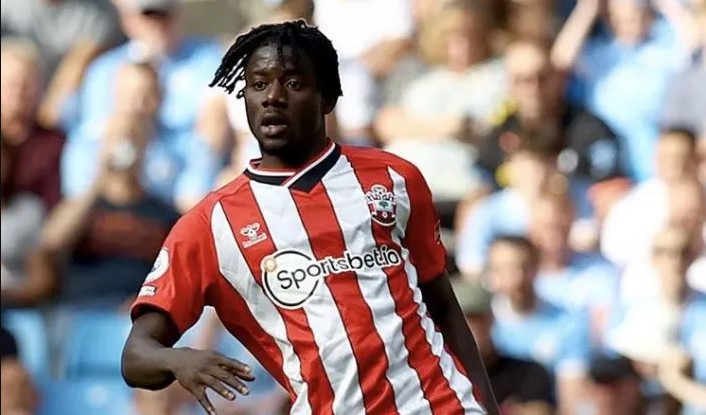 The former Real Valladolid center-back has turned down several invitations from the West Africa powerhouse.

According to Gruzah, founder, owner aand bankroller of Kumasi based Ghanaian top flight side, King Faisal on Asempa FM’s SportsNite show, Ghana FA President, Kurt Okraku has met with the mother of the defender in an attempt to convince the defender to rescind his decision not to play for Ghana.

However, the meeting has not yielded any fruits as the defender still remains unavailable for selection.

Gruzah has gone hard on the player for his unflinching stance.

“He doesn’t respect, I don’t know who is advising him. I taught his father at the Arabic school. His niece is also my classmate. I’ve taken steps to talk to him. His mother has also held a meeting with the President of the GFA,” Gruzah told Enoch Worlanyo on Asempa FM’s SportsNite.

. But, he hasn’t changed his mind yet. He shouldn’t forget that he won’t play for Southampton for life. After his career he will come back to Ghana,” he added.

Salisu was scouted to Europe by African Soccer Talent Academy.