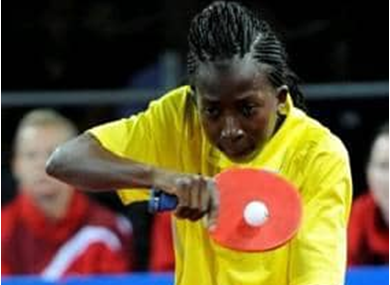 Current SWAG award winner and champion of “Ladies can Loop” tournament, Cynthia Kwabi is hungry for more success as she looks to carry her good form to the pending Grandmasters Championship being organized by the Ghana Table Tennis Association.

This is a tournament limited to the top 10 players in Ghana for both the male and female categories.

Going into the tournament, the Asawa Open champion sounded motivated;

“I am not under pressure because I am not playing with any new player. I have played with the other players several times so it’s not anything new for me”. Cynthia Kwabi.

When asked about her preparation towards the tournament, she proved to be ambitious;

“I have trained very well for this competition. I did not take a break when I heard of the top ten tournament after we came from the ITTF Africa western region championship”

“All opponents are tough since they have made it to the top ten and my plan is to end the year successfully and start the new year perfectly. I want to shape myself for any international competition next year”. Cynthia Kwabi.