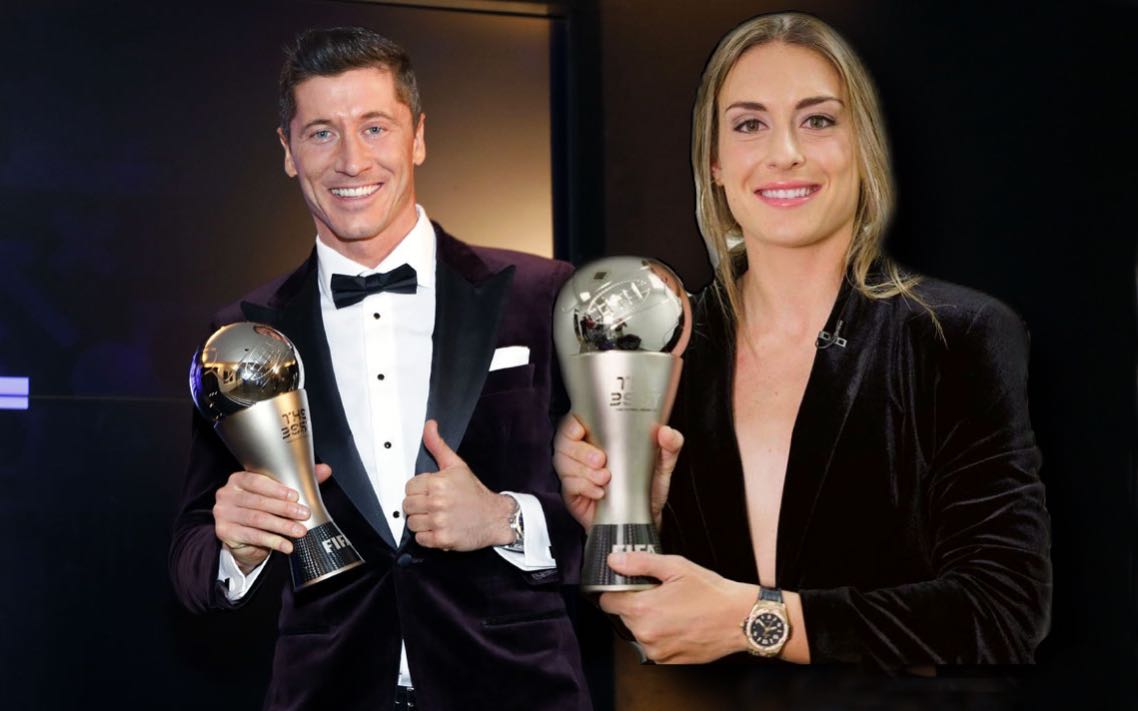 The Best FIFA Football Awards 2021 ceremony, held as a virtual TV show from the Home of FIFA in Zurich, crowned two household names, Alexia Putellas and Robert Lewandowski, as the outstanding players in women’s and men’s football respectively.

Poland and FC Bayern München striker Lewandowski was recognised as The Best FIFA Men’s Player for the second year in succession. For her part, Spain midfielder Putellas, who had made The Best FIFA Women’s Player shortlist for the first time, capped her exploits with FC Barcelona and the Spanish national team by winning the prestigious award.

Chelsea FC Women manager Emma Hayes was voted The Best FIFA Women’s Coach for the first time in her career, a feat that was matched by her Chelsea FC counterpart, Thomas Tuchel, who topped the poll for The Best FIFA Men’s Coach.

Senegal shot-stopper Édouard Mendy made it a hat-trick for the London club by being chosen as The Best FIFA Men’s Goalkeeper, becoming the first African to win the accolade, while Chile and Olympique Lyonnais’ Christiane Endler was named The Best FIFA Women’s Goalkeeper on the strength of her sensational displays.

THE OTHER AWARDS
FIFA Puskás Award: Érik Lamela (ARG) – Arsenal FC v. Tottenham Hotspur FC [Premier League] (14 March 2021). Erik Lamela – who departed Tottenham Hotspur FC for Sevilla FC in July 2021 – got the nod for his outrageous goal in the north London derby in March 2021. This is the second straight FIFA Puskás Award to be won for a goal scored in a Tottenham shirt, after Son Heung-Min claimed the prize for his strike against Burnley FC last time round.

FIFA Fan Award: Denmark and Finland fans. As the crowd waited for news on Christian Eriksen’s health following his collapse during a group-stage match at Copenhagen’s Parken Stadium during UEFA EURO 2020, fans of both teams banded together in an emotional tribute. Finnish fans chanted “Christian!” while Danish supporters responded with “Eriksen”.

The winners of The Best player, goalkeeper and coach awards were determined through a voting process in which four groups had an equal say: football fans, selected media representatives, and the captains and head coaches of national teams from around the globe.

A breakdown of the voting results, including each nominee’s points total, is available here.

The voting process was supervised and monitored by an independent observer, PricewaterhouseCoopers Switzerland. For more details about the voting process for each award, consult the respective Rules of Allocation or watch a dedicated video by clicking here.