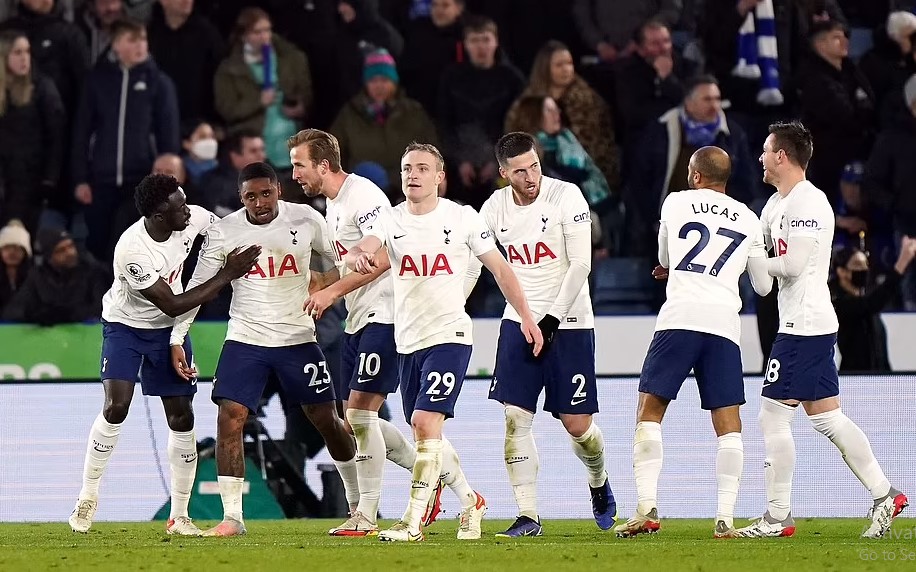 Spurs started the brightest and dominated the early stages, but it was Leicester who took the lead completely against the run of play. Patson Daka latched onto a loose ball after a scrappy run into the box and slotted it beyond Hugo Lloris from close-range.

Spurs were soon able to unlock the Leicester defence courtesy of a Harry Kane strike in the 38th minute. The England captain was put through down the right-hand side, cut in as Caglar Soyuncu attempted a last-ditch challenge, and tucked his effort away in the far corner.

James Maddison struck with a little over 15 minutes to play, finishing off a wonderful team goal. Substitute Harvey Barnes, who had only been on the pitch for a minute, was heavily involved as the Foxes outplayed Spurs in midfield, finding Barnes on the edge of the box who flicked the ball through towards Maddison who was able to stab home from close-range.

Spurs applied plenty of pressure in the final stages and Bergwijn denied Leicester all three points with a late equaliser. The visitor’s threw the kitchen sink at Leicester and after an initial stop by Schmeichel, Bergwijn was in the right place at the right time the bury the rebound.

However, the Dutchman wasn’t done and stole all three points right at the death as Spurs left the home side stunned in a truly breathtaking end to the game.

A truly sensational end to the game saw Steven Bergwijn snatch all three points for spurs with goals in the 95th and 97th minute to come down from 2-1 to win 3-2. Leicester, who thought James Maddison’s strike was enough to close the gap in the race for European football, completely crumbled in the final minutes of a lengthy additional period at the end of the half.

If the result isn’t a welcoming enough sight for the travelling Spurs fans, they will have greater satisfaction knowing that they’ve just leapfrogged their rivals Arsenal, and are just one point off the top four now, with three games in hand on their other London rivals West Ham.

They face Chelsea at the weekend who have not been on form of late, another huge test for Antonio Conte’s side who look to extend their unbeaten Premier League run to ten games.

He was on the pitch for less than 20 minutes, but completely changed the game with his injury time brace. Leicester looked at though they had wrapped up all three points before Bergwijn snatched a late, late equaliser. The Foxes then had their hearts truely broken, when two minutes later the Dutch international netted an even later winner to send Spurs into fifth and one point off the top four.

Bergwijn almost lost his cool at 2-1 down with one minute of injury time to be played when he was booked in the 94th minute for squaring up to Soyoncu, and had little thought about a potential second yellow when he jumped into the crowd to celebrate his second goal and Spurs’ winner in the 97th minute.

24’ – GOAL! LEICESTER 1-0 TOTTENHAM (DAKA): It’s scrappy, and it’s against the run of play, but Leicester won’t care! Daka slots the ball beyond Lloris from close-range and puts the Foxes ahead!

38’ – GOAL! LEICESTER 1-1 TOTTENHAM (KANE): Kane is put through and as Soyuncu attempts to block his path, cuts in across the Leicester defender and tucks the ball away in the far corner.

76’ – GOAL! LEICESTER 2-1 TOTTENHAM (MADDISON): Maddison does it again! It’s a superb team goal from Leicester, finished off by the man in form! The Foxes play the ball around the Spurs midfield, Barnes picking it up on the edge of the box, who flicks it on to Maddison to stab home.