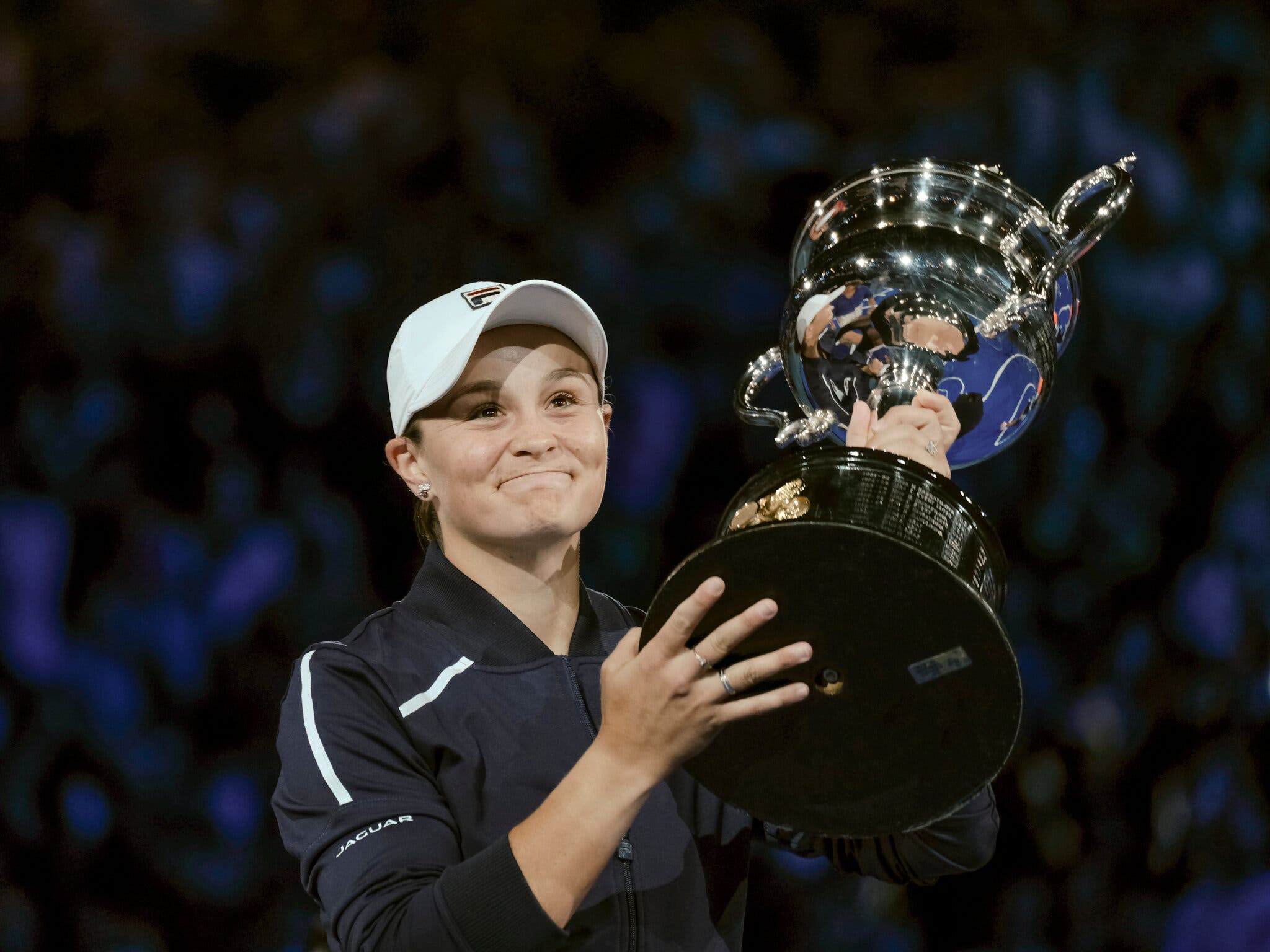 Ashleigh Barty ended a 44-year wait on Saturday night, defeating Danielle Collins of the United States to become the first Australian player to win the Australian Open singles title since 1978.

Born and raised in the steamy Australian state of Queensland, Barty has been ranked No. 1 for more than 100 weeks and has become a hugely popular figure in her home nation. Her matches during the Open this year have attracted large television audiences.

But until now, her most significant triumphs have come far from home. She won her first Grand Slam singles title in 2019 at the French Open and won Wimbledon last year when most Australians were unable to travel because of coronavirus restrictions.

But she was able to organize a “Barty Party” at home this year, defeating the 27th-seeded Collins in prime time in Melbourne. She was inscrutable throughout, as is her way, but there was nothing understated about her celebration.

After erasing two breaks of serve to rally from 1-5 deficit in the second set, she dominated the tiebreaker and finished off her victory with a forehand passing shot winner. Barty threw her head back and howled at length before embracing her former doubles partner and fellow Australian Casey Dellacqua, sitting courtside and now retired and working as a television analyst.

Barty was presented the winner’s trophy by one of her role models, Evonne Goolagong-Cawley, a four-time Australian Open singles champion who, like Barty, is of Indigenous Australian heritage. The two women from different eras — Goolagong Cawley is 70 — have developed a deep connection, and Goolagong Cawley’s appearance on Saturday night was a surprise.

“As an Aussie, the most important part of this tournament is being able to share it with so many people,” Barty said in her victory speech. “You guys today in the crowd have been nothing shy of exceptional. This crowd is one of the most fun I’ve ever played in front of and you guys brought me so much joy out here today. You relaxed me and you forced me to play my best tennis and against a champion like Danielle I know I had to absolutely bring that today.”

In truth, it was not Barty’s best tennis: there were too many unforced errors and nervy shots and even a missed backhand volley into an open court. But in light of the huge pressure that came with performing at home in this context, it was a stirring finish and it capped a dominant performance throughout the tournament.

Barty did not lose a set in seven matches, controlling play with her precise and powerful first serve, crisply chipped backhand and versatile topspin forehand. She won 82 percent of her first serve points against Collins, an aggressive returner, and fought through some nervous patches of play to find the angles and lines when she needed them most.

Collins will surely harbor some regrets about the second set. She was in firm command at one stage and seemed to be relaxing under duress while Barty was tightening, double faulting twice to go down 1-5. But though Collins was within two points of winning the set in three different games, she could not close the deal as the near-capacity crowd in Rod Laver Arena gave Barty nothing but positive reinforcement, meeting Collins’s errors with cheers and her winners with polite applause.

She was unusually subdued early, though was soon pumping her fist and shouting her trademark “Come on!” But her trademark fight could not sustain her in the second set. Collins delivered an eloquent, moving speech, breaking into tears as she thanked her mentor Marty Schneider, and doing justice to the occasion, a particularly important one for Australia.