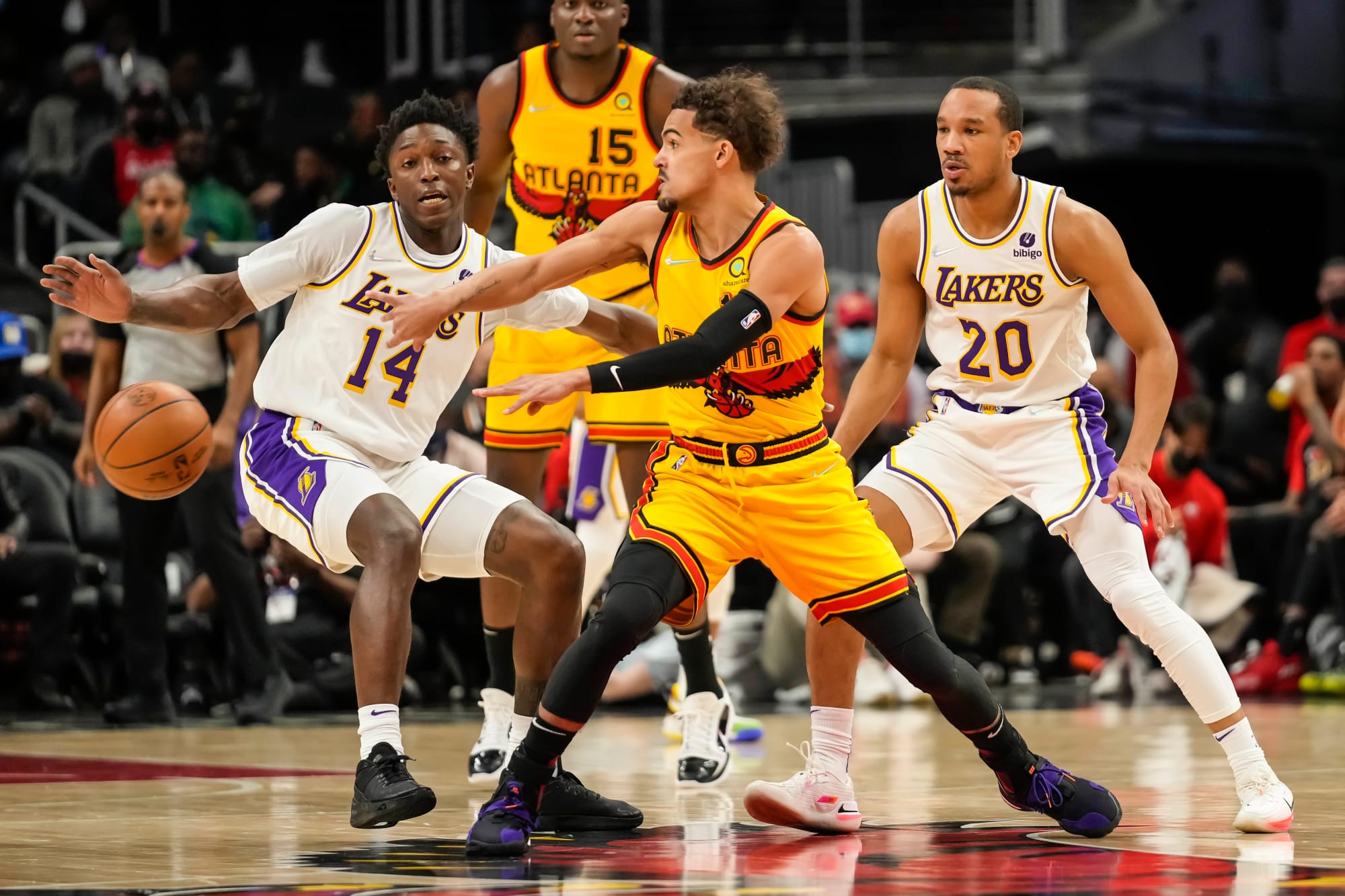 The term is ‘scheduled loss.’ During the course of an 82-game season, certain games are designed in such a way that one of the teams has no chance of winning. That’s what today was supposed to be for the Los Angeles Lakers.

It was a painfully early east coast game and the final stop on a seven-game road trip. Even LeBron James beat the traffic by going back home early to get treatment for a knee injury that has caused him to miss three straight games.

None of that can take away from what the Atlanta Hawks accomplished today. Originally, Trae Young was a game-time decision. Not only did he play, but he scored 36 points and dropped 12 assists.

The Hawks post players did a tremendous job. John Collins and Onyeka Okongwu combined for 36 points on 81% shooting. Okongwu scored 12 of his 16 points in the fourth quarter, where he stayed on the court for the entire fourth quarter. Let us not forget that Clint Capela went for 15 points and 9 rebounds.

It’s no surprise that the Hawks outrebounded the Lakers 45-38 and outscored the veteran team in the paint 62-50. The dominant interior play helped keep the Hawks in the game whenever the Lakers would open up a double-digit lead throughout different parts of the game. The Hawks took the fourth quarter 38-20 to win 129-121.

Malik Monk led the Lakers with 33 points and 10 rebounds. Not only did Monk enjoy a career game, but Anthony Davis and Russell Westbrook combined for an efficient 47 points. This is the type of game the Hawks would have lost pre-MLK Day. Now they are winning these games, and the rest of the league is taking note.

Hawks head coach Nate McMillan praised his team’s second-half effort. “I thought we settled down. I thought the hype of the game, playing the Lakers, in that first half we were just really playing emotionally drunk out there. We was just so in attack mode, that we weren’t seeing clearly what we needed to do.”

Trae Young sat down at the podium with an Adidas hoodie that featured the 90s cartoon characters Beavis & Butthead. When asked if the team was ’emotionally drunk,’ Young said, “We can agree to disagree. We do that a lot. That’s good, if everyone agreed, you wouldn’t need one of the people. I think sometimes we disagree, and I disagree with that.”

Young continued, “My emotions with certain people start with other people most of the time. So when Tony Brothers mentions to me how many years he’s ref’d this league, I don’t give a damn. That just gets me fired up. I don’t think I’m ’emotionally drunk,’ I’m just competitive.”