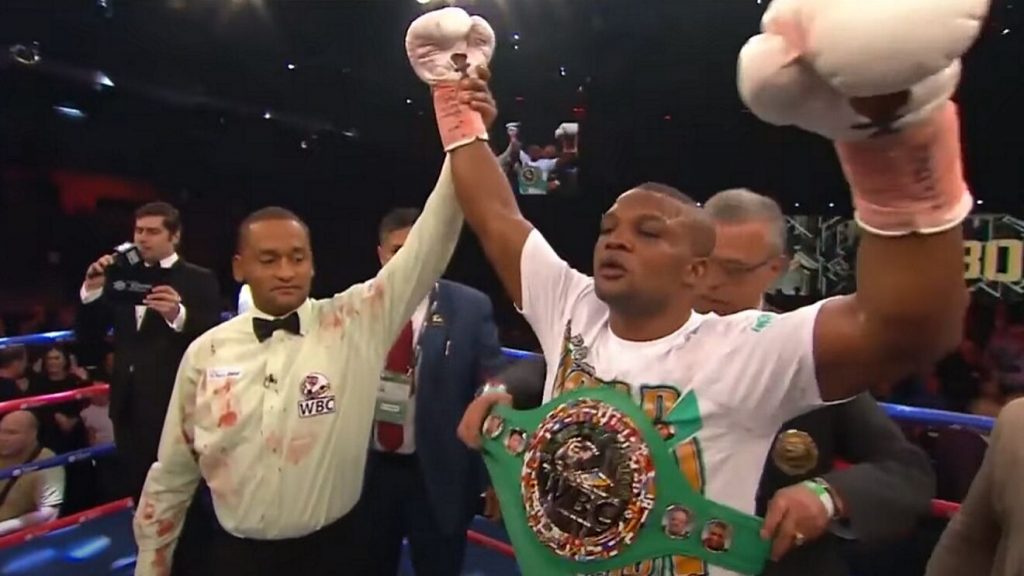 Ilunga Makabu retained his WBC cruiserweight title – and a potentially valuable chip in the division – by a controversial split decision over Thabiso Mchunu Saturday night at the Packard Music Hall in Warren, Ohio.

The scores were 115-113 and 116-112 for Makabu, and 115-113 for Mchunu, providing Makabu (29-2, 25 knockouts) with his second successful defense of the title he won in January of 2020 with a unanimous decision over Michal Cieslak. The 34-year-old, who is rated the no. 2 contender by The Ring at cruiserweight, has now won ten straight since his third round knockout loss to Tony Bellew in 2016.

Mchunu (23-6, 13 KOs) of Cato Ridge, South Africa entered the bout rated no. 4 by The Ring, and sees his four fight winning streak snapped in the loss.

Makabu, a native of the Democratic Republic Of The Congo who now resides in South Africa, made headlines when the trainer of pound for pound king Saul “Canelo” Alvarez requested permission for his fight to face him at the most recent WBC convention in November.

Judging from Saturday’s performance, Alvarez wouldn’t have anything new to worry about from when he first targeted Mchunu for a chance at a world title in a fifth different weight class.

The rematch took on a very different texture to their first bout in 2015, an eleventh round knockout win for Makabu when Mchunu had success early before Makabu’s power took over late. This time, it was the 33-year-old Mchunu who had the superior conditioning as Makabu looked unable to catch his second wind later in the fight.

A potential major payday for Makabu almost went up in smoke in round 5, when a right hook from Mchunu stunned Makabu. Makabu recovered, but Mchunu was able to box in a disciplined manner with his southpaw jab, not allowing Makabu to turn the fight into a brawl and create a repeat of their first bout.

The show, which aired as an independent pay-per-view card for $50, was the first promotion by Don King in a year, and only his second since 2018.

Trevor Bryan capped off a sloppy slugfest with a knockdown of Jonathan Guidry, dropping him to the canvas with a series of rights in the final ten seconds. Guidry made it to his feet, but found himself on the wrong end of a split decision verdict, with Bryan retaining a minor “regular” heavyweight title by the scores of 116-111 and 118-109 on two, while the third had it 115-112 for Guidry.

Bryan, 32, was fighting for the first time in exactly a year, since his eleventh round stoppage win over Bermane Stiverne, and just the second time since his 2018 stoppage of BJ Flores.