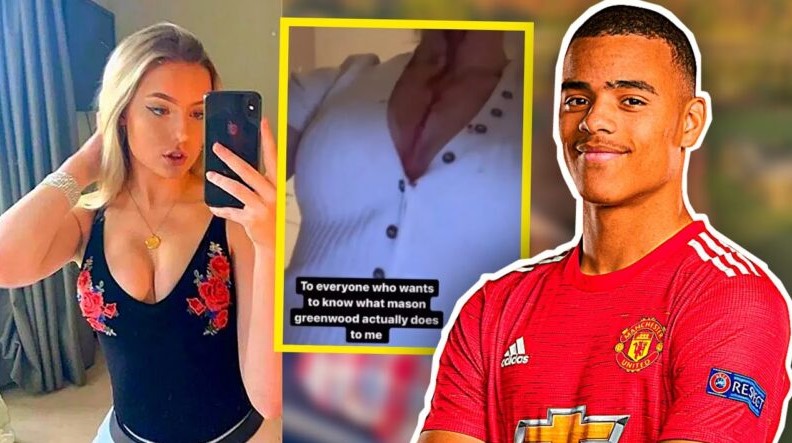 Mason Greenwood has been suspended by Manchester United amid accusations he allegedly attacked a woman.

A man has since been arrested following the accusations made against the Red Devils and England international forward.

Manchester United released a statement on Sunday which read: “Mason Greenwood will not return to training or play matches until further notice.”

The statement followed one released by the Manchester club earlier on the same day.

This read: “We are aware of images and allegations circulating on social media.

“We will not make any further comment until the facts have been established. Manchester United does not condone violence of any kind.”

Mason Greenwood has been suspended by Manchester United

Greater Manchester Police confirmed an arrest had been made on Sunday.

“An investigation was launched and following enquiries, we can confirm a man in his 20s has since been arrested on suspicion of rape and assault. He remains in custody for questioning. Enquiries are ongoing.”

Greenwood is one of United’s brightest talents, having broken into the first team from their academy, making more than 100 appearances for the senior side already.

United tied the youngster down to a new long-term contract last February which runs until 2025, with the option to extend by a further year.