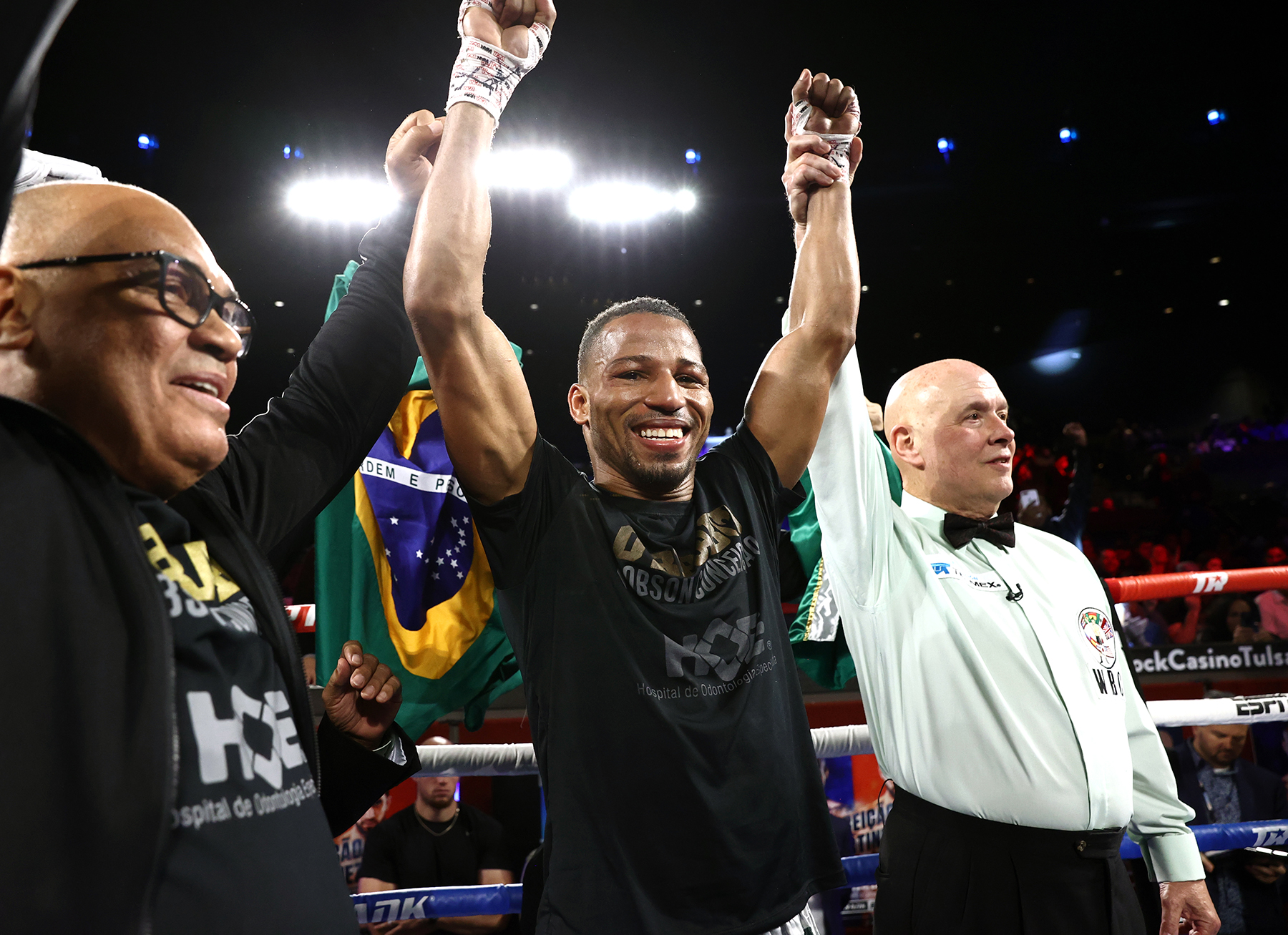 After the fight, Conceição called out for a rematch against Valdez.

“I learned a lot from that Oscar Valdez loss, and that’s why I was able to dedicate myself,” Conceição said. “I wasn’t discouraged by what happened that evening. I know who I am, and I knew if I put in the work, I could have this type of performance. But my mind is set on Valdez, and I definitely want that shot.

“To be honest, I think Xavier Martinez punches harder than Oscar Valdez. I felt his punches, but I know this is the type of fight I needed to prepare myself because I’m a world champion level fighter. And I definitely want Oscar Valdez.”

Martinez had pockets of success, stunning Conceição in the fourth and ninth rounds. But the heavy blows were few and far between, as the 2016 Brazilian Olympic gold medalist ultimately showed his class.

Martinez said, “I thought it was closer. I know I didn’t do enough to win. I sat back too much. I didn’t listen to the game plan fully. It is what it is. I’m not going to be a sore loser. He did his thing tonight. It wasn’t my night. I’m not done. This is just the beginning.”

Giovanni Cabrera(19-0, 7 KOs), who is trained by Freddie Roach, authored a one-sided boxing exhibition with a unanimous decision over Rene Tellez Giron (16-2, 10 KOs) in the eight-round junior welterweight co-feature (scores: 77-75 and 78-74 2x). Cabrera, from Chicago, returned to action for the first time since 2019 and ended Giron’s three-bout winning streak.

Giron rose to prominence with his 2019 knockout win over Karlos Balderas, but he showed up five pounds overweight Friday for his originally scheduled showdown against Luis Melendez. He was then matched with Cabrera, who weighed in at 138.6 and hopes to campaign as a lightweight moving forward.

Cabrera outlanded Giron, 141-122, and pulled away on the judges’ cards down the stretch.

Middleweight Nico Ali Walsh (4-0, 3 KOs) returned to the venue where he made his pro debut last August and once again scored a devastating stoppage. Ali Walsh took care of Jeremiah Yeager(1-2-1, 1 KO) in the second round, knocking him down for the first time with a right-left combination.

Just before the second knockdown, Ali Walsh broke out his grandfather’s patented Ali Shuffle and finished things off with a left hook.

Ali Walsh said, “I think the main thing was staying calm, which I did. Another thing was head movement and defense, which I felt like I did improve on. I fought last month, so if I can make those small improvements in this such a short amount of time, who’s telling what I can do in my next fight?

“I didn’t plan {the Ali Shuffle}. It was emotional, of course. So much has been going on, but yeah, I didn’t plan on doing that. It’s just something that happened.”

Cleveland-born welterweight Tiger Johnson (2-0 1 KO), who represented the U.S. at the Tokyo Olympics last year, lived up to his blue chip billing with a one-sided, four-round decision over Xavier Madrid (3-1, 1 KO). All three judges scored it 40-36 for Johnson, who had Madrid stunned on a few occasions in the fourth. The Albuquerque native fired back and saw the final bell.

Featherweight sensation Bruce “Shu Shu” Carrington (2-0, 1 KO), from Brownsville, Brooklyn, knocked out Steven Brown (1-1, 1 KO) in the second round with a devastating offensive assault. Carrington pinned Brown to the ropes and unloaded with four clean shots. The final blow, a left uppercut, crumpled Brown to the canvas.

Light heavyweight Dante Benjamin Jr.(1-0, 1 KO) had a successful pro debut, knocking out Emany Rendon(2-1) at 2:05 of the opening round. Benjamin knocked Rendon down twice, ending the fight with a short left hook.