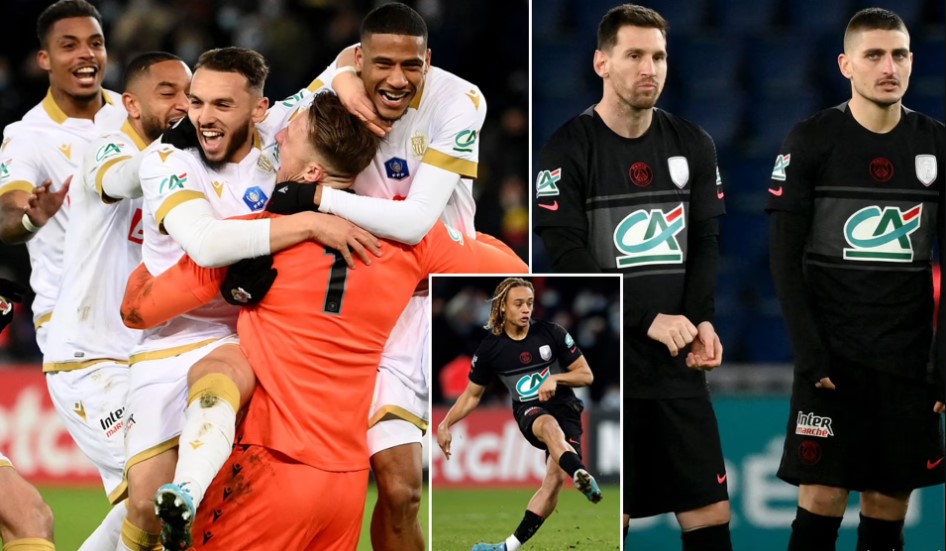 Nice coach Christophe Galtier outwitted Paris Saint-Germain again as his side won a tense penalty shootout 6-5 to reach the quarterfinals of the French Cup following a 0-0 away draw.

Perhaps it’s no surprise, seeing as he led his former club Lille to the French title against the odds last season by winning at PSG and drawing at home without conceding a goal.

He kept Mbappe on the bench until an hour in.

But by the time he came on, a Nice defense marshalled confidently by Brazilian veteran Dante and former Barcelona central defender Jean-Clair Todibo was settled.

Lionel Messi started up front after recovering from the coronavirus, yet he made little impact in a frustrating first half for Pochettino’s side.

Left winger Justin Kluivert had a shot saved for Nice soon after the break and PSG midfielder Marco Verratti curled a shot over from a decent position midway through the second period.

Mbappe and Nice’s Amine Gouiri have been in fine form up front but neither had opportunities to score.

Both scored in the shootout, however, but after Dante dinked the ball in with a brilliant Panenka-style kick, former PSG goalkeeper Marcin Bulka kept out midfielder Xavi Simons to give Nice a big win.

Nice goes on to face Marseille at home next week.