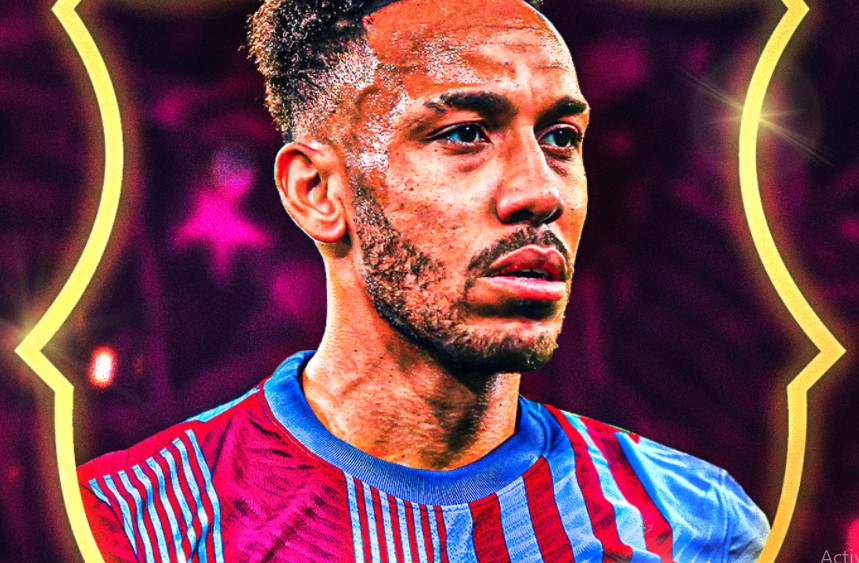 Pierre-Emerick Aubameyang has signed for Barcelona on a free transfer from Arsenal.

Arsenal became willing to allow the 32-year-old to leave after stripping him of the captaincy in December following a disciplinary issue.

The 32-year-old did not play for the club after December 6, and was left out of their squad for their warm-weather training camp in Dubai.

Aubameyang, who scored 92 goals in 163 games for the Gunners, leaves the Emirates Stadium inside the final 18 months of a contract worth £350,000 a week.

The Premier League club are estimated to be making a saving of around £25m in wages with Aubameyang’s departure. But his exit means Arsenal boss Mikel Arteta’s will finish the season with just two recognised strikers in his squad, with both Eddie Nketiah and Alex Lacazette out of contract in the summer.

The deal had looked off earlier on Deadline Day after talks broke down over the financial part of the deal.

But it is understood that Aubameyang, who flew out to Barcelona on Monday morning, took a significant pay cut to facilitate the move.

Analysis: A risk for Arteta and Arsenal

“This is a big risk by Mikel Arteta because what happens if Aubameyang goes to Barcelona and scores a lot of goals?

“It just shows how much Arsenal are backing the judgement of their manager. Arteta is saying ‘I know he is our best goalscorer, he is the club captain, he is the highest earner at the club for disciplinary reasons l don’t want him at the club’. It’s a big, big call.

“I know he is leaving Arsenal under a bit of a cloud but there are also a lot of good memories. His ratio of goals to games is right up there with the great players.

“Arsenal supporters will say ‘we are weaker now than we were at the start of the window’. But in this instance, you have to back Mikel Arteta’s judgement – that is what the Arsenal owners are doing.”

Analysis: Aubameyang had lost his way

“The drop in performance levels has been so great that it is probably worth reminding people that Aubameyang was a world-class striker for much of his time at Arsenal.

“There was a notable highlight after that when he scored twice in Arsenal’s FA Cup final win over Chelsea in the summer of 2020. But almost as soon as his new contract was signed that September, there has been a sense of decline, of a player whose best days are behind him.

“Stripped of the captaincy, too often the leadership has had to come from elsewhere. It is the young players driving Arsenal on under Mikel Arteta, not their best-paid player. That is a situation the club knows well having been through similar with Mesut Ozil. It cannot last.

“At 32, there will be hope that Aubameyang could yet recapture his best form, inspired by new surroundings and the challenge of restoring Barcelona to their former glories. At Arsenal, any regret will be tempered by the feeling that it is time for the club to move on.”

“If Alexandre Lacazette puts the open goal chance away against Burnley, it is job done and no one is moaning at all.

“Everyone would be talking about how good a result that would have been for Arsenal with a clean sheet too. It’s 1-0 to the Arsenal and everything is great. But he misses an open goal and all of a sudden, they have only scored one goal in January, which came in their best performance by a mile.

“That’s the problem Arsenal have. You are not going to win too much without a centre forward.

“I know people will say Manchester City do, but they still have to win the Champions League playing with a false nine. They also have superstars all over the pitch and are probably the only team in the world that could do that.

“So, Arsenal need a centre forward.”