Ugas: After Spence, I'd Like To Fight Crawford, My Goal is Undisputed 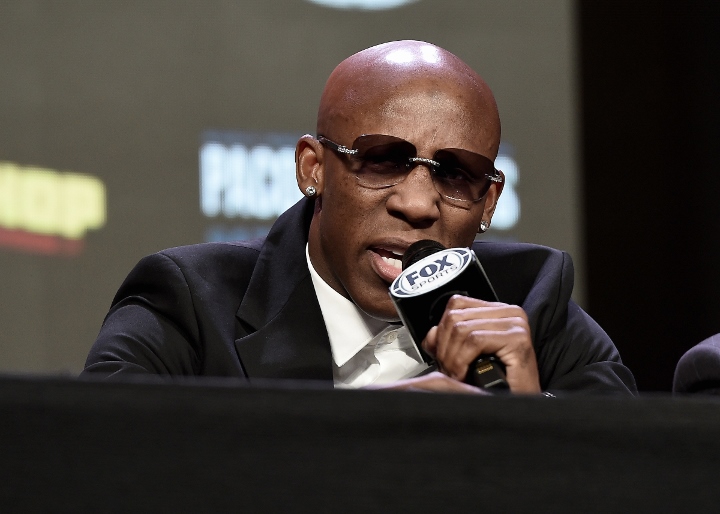 WBA welterweight champion Yordenis Ugas is going through his best stage as a boxer after shocking Hall of Famer Manny Pacquiao in 2021.

Ugas will go for more glory on April 16, when he collides with IBF, WBC welterweight champion Errol Spence in a high-stakes unification bout.

A little less than two months before his long-awaited fight against Spence at the Dallas Cowboys Stadium, Ugas ruled out any feeling of intimidation by going to the backyard of his opponent.

If Ugas overcomes Spence, he wants to move forward with his undisputed goal by going after WBO champion Terence Crawford.

“[If I beat Spence], I would like Crawford. I think that, in this fight, I don’t have to speak badly or be boastful. The only thing I will say about this fight is that the winner agrees to fight Crawford, that the winner continues to go for the undisputed crown. On my part, that is what I want to do. I also have the option of [Keith] Thurman, a great fight that is there at the top,” Ugas said to ESPN Deportes.

Much has been said about the fight between Spence and Crawford, a fight to establish the best welterweight fighter, but the bout has been hit with multiple setbacks, and right now, Ugas is not intimidated to face both of them – back to back.

“As I said with Pacquiao, that I was ready for a night like this, now I am ready to fight at the highest level in the sport and give my best to the fans who watch the fights, who follow me and support me. When I fought Pacquiao, the majority was siding with Pacquiao [to win]. Now it’s going to be the same, but I’m going to show what I’m made of and unleash the best that I have,” Ugas said.

“I anticipate the best [from Spence]. He showed it already when he came back from the accident. He beat Danny [Garcia] in good fashion and I’m expecting an even better Errol Spence. I don’t think anything is going to affect him.”