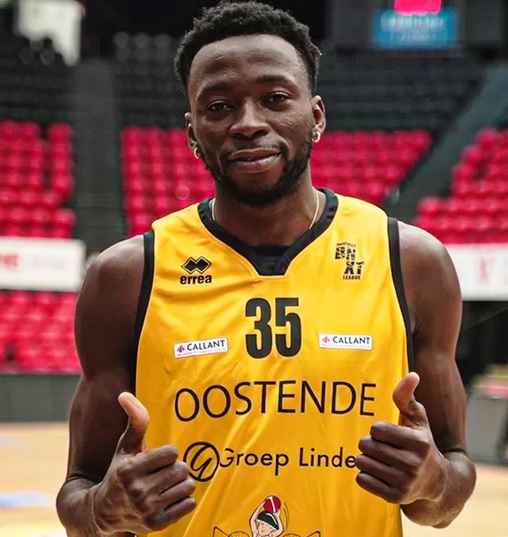 Ghana Center Amida Brimah was in action for Belgian side Filou Oostende in the FIBA Basketball Champions League.

Brimah played 25 minutes off the bench and registered seven points, 10 rebounds, a steal and three blocks in a frustrating display for the former Indiana Pacers defender who turned the ball over five times. (Click highlighted text to watch game highlights)

The low scoring output marked a poor performance for Oostende as the team turned the ball over 22 times against 13 giveaways from Malaga.

Only Keye van der Vuurst de Vries scored in double figures (12 points) for Oostende as Brimah was one of three players to score seven points in the contest.

Brimah led all players in rebounds with three coming on the offensive end; the team has upcoming games in the continental tournament against U-Banca Transilvania and Pometey.