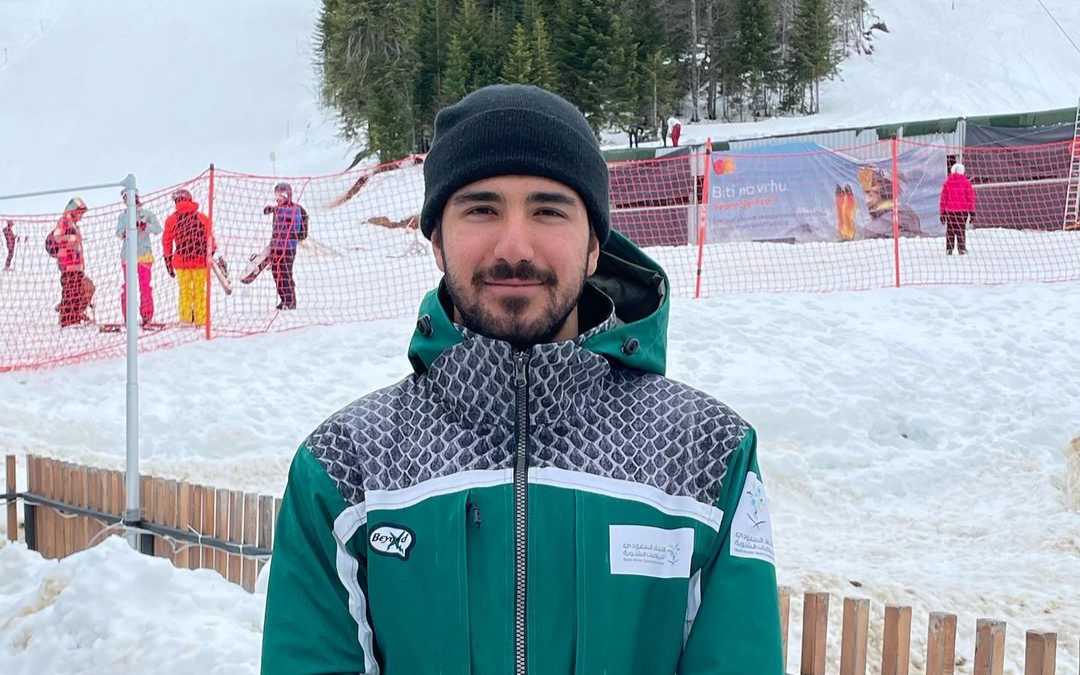 The Saudi Arabian flag will soon fly at the opening ceremony of Beijing 2022 Winter Olympics for the first time in history through Alpine skier Fayik Abdi, who has qualified to compete in Alpine ski Giant Slalom event. The Games will take place from February 4-20.

ALPINE SKI EXPERIENCE Throughout his ski journey, Abdi skied in many countries including Austria, France, Italy, Switzerland, Sweden and Montenegro: “I started skiing at the age of four in Faraya, Lebanon, the country’s largest and most popular ski destination; not continuously as it was quite challenging to do that while living in Saudi Arabia,” he said. “My mom taught me how to ski; I fell in love with it right away and ever since I have been skiing,” he added.

MOVED TO USA: GOING PRO Saudi Arabia may be a desert country, but it provided the best environment a ski athlete could hope for in the 2021/2022 winter season at Tabuk’s Al-Lawz mountain, south of Saudi Arabia, which witnessed thick snow in January 2022 and Abdi was able to train there in the lead-up to Beijing 2022. Since moving to the US in 2016, Abdi has mainly been practising skiing in Utah: “I chose alpine ski because I like to ski fast, It is an extremely technical sport; when people watch it they do not realize how technical it is.” Abdi said.

ONLY ONE TO COMPETE Two Saudi skiers had enough ranking points to qualify to the Games, Fayik Abdi and Salman Al-Howaish, but due to the quota system, only one of the eligible alpine skiers could be selected and the former got the nod. According to Saudi Arabian Winter Sports Federation (KSAWSF):

“A technical comparison was conducted in cooperation with the Saudi Olympic Committee, and Abdi was selected to officially participate in the alpine ski competition: giant slalom,” KSAWSF said. “As a result of obtaining the highest evaluation in the comparison and as an appreciation of the historical achievement, the two athletes will equally receive a financial reward for qualifying for the Olympics.”

OFFICIAL QUALIFICATION EMAIL Abdi is honoured to represent Saudi in Beijing: “I was so happy when once I received the federation’s email first week of January, stating that the highest world ranking athlete on the Olympic list will be chosen to go to Beijing 2022, but actually it did not change much because I knew I was the one chosen,” Abdi said. “I need to try to keep my head down and focus on what I need to keep doing which is training, staying grounded and humble.”